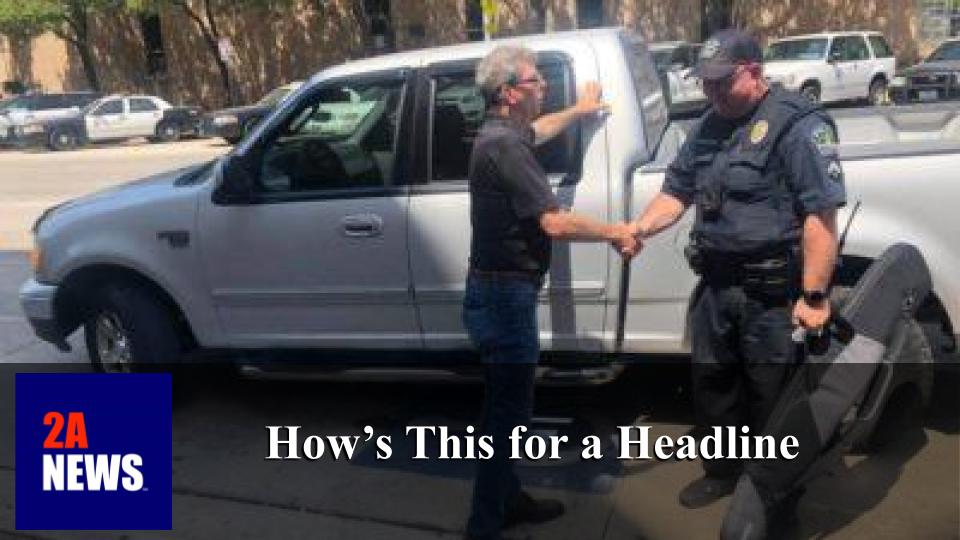 The above picture is of somebody in the Austin area, who, feeling guilt-ridden over owning a piece of hardware similar to what was used in a grossly criminal act, decided to turn his in, and make a scene of it.

Never mind that the former AK owner was nothing like the shooter, and more than likely would never be. Also, never mind how his rifle was similar to literally millions of others that have never been, and most likely will never be, misused as seen in El Paso, Dayton, and elsewhere.  That includes another AK-pattern rifle used to defend a household in the Houston area this year against multiple attackers.

Instead of exercising his conscience quietly, it seems he chose to make a video of himself beating up his rifle, and apparently called Fox7 Austin to indulge in some attempt at virtuous preening.

He claimed he did it to try to make things safe for his family and his grandchildren.  Ironically enough, the news spot announced that, “Billy’s idea of protecting himself and his family no longer includes a firearm,” thus announcing that now there is one more household in Austin that is a softer target for robbers, thieves, and home invaders.

Funny how stories like that seem to warrant air time, (but Austin is bluer than most of Texas, so it should come as no surprise), but you’d never hear a story aired like this:

In response to the overly-aired and -sensationalized gun-related tragedies in places like Gilroy, El Paso, and Dayton, millions of gun owners chose to continue to exercise their right to keep and bear arms, and surrendered no weapons.

Understanding that they personally are not responsible for such incidents, these same gun owners, many in possession of the country’s estimated 15 million AR and AK pattern rifles, happily ignored an Austin man’s virtue signalling amidst the usual guilt-tripping perpetrated by gun control enthusiasts who usually jump on every opportunity to try to erode a civil right.

In fact, in Odessa, TX, many went in just the opposite direction, opting to buy another gun, or start the process for their Texas CHL, right on the heels of a shooting that happened in their town.

Because some people understand that criminals are dissuaded more by deadly hardware than empty gestures.