Published on July 7, 2019  |  By Jeremy Hatfield
In Politics, Uncategorized 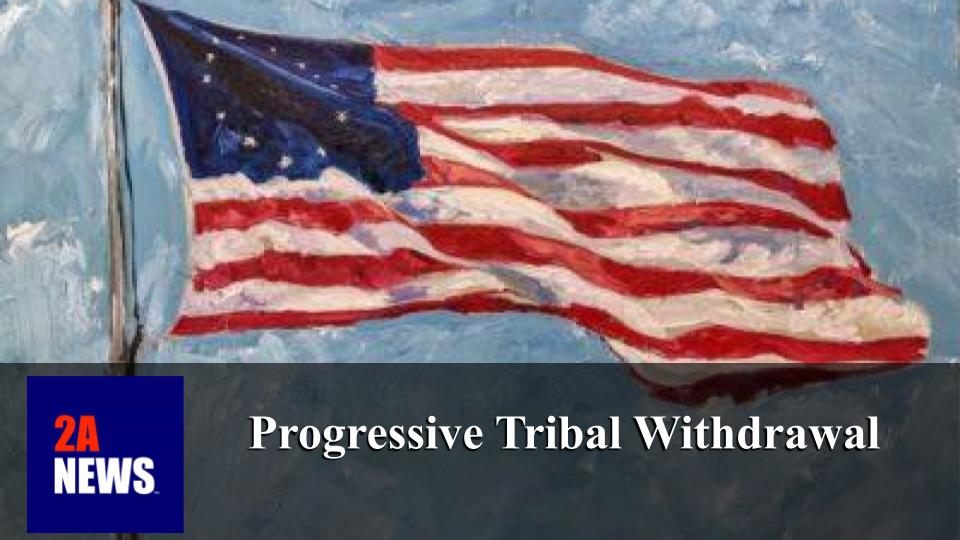 Once, I remember hearing a Baptist preacher speak from the pulpit, how lamentable it was that his fellow Baptists had let the Pentecostals scare them out of believing for healing. It’s in the Bible, after all, and no one loves the Bible better than Baptists.

Some Pentecostals and their charismatic cousins can be rather noisy in their enthusiasm for the spiritual life they have found in God. And, for whatever reason, it can turn off their more conservative brethren. “We don’t do that because…because we’re not Pentecostal!”

Sadly, tribalism can make someone abandon something that is rightfully theirs. In the political realm, I’ve seen those on the Left cede values and principles because…because that’s what those guys do, and they’re not like those guys.

I saw this play out during this past celebration of our nation’s 243rd birthday. I was browsing through all the social media posts by various friends, and noticed a distinct difference between my right-leaning friends and my left-leaning ones.

My right-leaning ones tended to be in all-out celebration: posting pics of grilling, parades, kids decked out in red, white, and blue; articles on American history, memes celebrating our nation. How they cherished the US of A was obvious.

My friends on the left…well, it seems, for the most part, they were straining to exercise a polite endurance, kind of like I did as a teen skeptic being forced to go to church with my family. Or like the patient tolerance we non-leftists exercise during the various periods of the year leftists want to designate as [insert favored minority group here] [insert pride or history here] [insert week or month here].

Whatever happened to “this land is your land, this land is my land,” sung by one of their own radicals? You know, “This land was made for you and me?”

Now, it seems the Left has largely withdrawn from a lot of what we consider to be classically American.

It used to be it was the Left that championed even offensive speech. After all, it was the ACLU that defended the KKK’s march through Skokie. It was liberals that fervently believed the idea of “I may disagree with what you have to say, but I will fight to the death for your right to say it.” Now, they’ll try to doxx you and destroy you for the mere suspicion that you hold the “wrong” points of view.

Ironically, it used to be conservatives who were derided for disregarding the First Amendment in their crusades to curb public obscenity–then, it was music and pornography. Now, the ones preserving the right for people to say even offensive material are right of center, while the Left have become the New Puritans, living by the cultural Gospel of Marx.

It also used to be that even people left of center embraced gun ownership at least as much as their counterparts on the right. Anyone remember the photo of JFK inspecting an early-model M-16? Or remember that he was a lifetime NRA member, and appreciated the concept of an armed citizenry for the security of a free state? Remember the Black Panthers? Robert F. Williams? The Deacons of Defense and Justice? Malcolm X and his iconic “By Any Means Necessary” photo? Fifty years later, for this presidential election cycle, every wannabe offered by the Democrat Party is trying to outdo each other on how prohibitionist they are.

And liberals that do see the universality of the Second Amendment are shunned, or at least, tolerated as the weird uncle they only see at family get-togethers.

Some might rebut my accusation about the Left’s tribal withdrawal, claiming that they are, indeed, abandoning “classical American values” like racism and inequality, but I consider that a smoke screen. Americans have been fighting against those from our founding, often with the personal resources we have had available, which is in line with our tradition of solving our own issues ourselves.

The problem is, the Left doesn’t see any other solution to these problems outside of government intervention. This is clearly seen in the current lineup of Democrat presidential hopefuls, who have expressed a willingness to flex “Executive Action” muscle to bypass not just the Second Amendment, but other constitutional rights as well–Fourth, Fifth, Tenth, Fourteenth and Fifteenth amendments.

The gun control movement is a clear manifestation of these inclinations. Shannon Watts’ recent book briefly argues that rights don’t come from God, but from government, and belies one of the greatest ironies of Moms Demand Action: a “grassroots” organization that demands anything but the grassroots do something.

And all because everything that has made this country great wasn’t their idea.