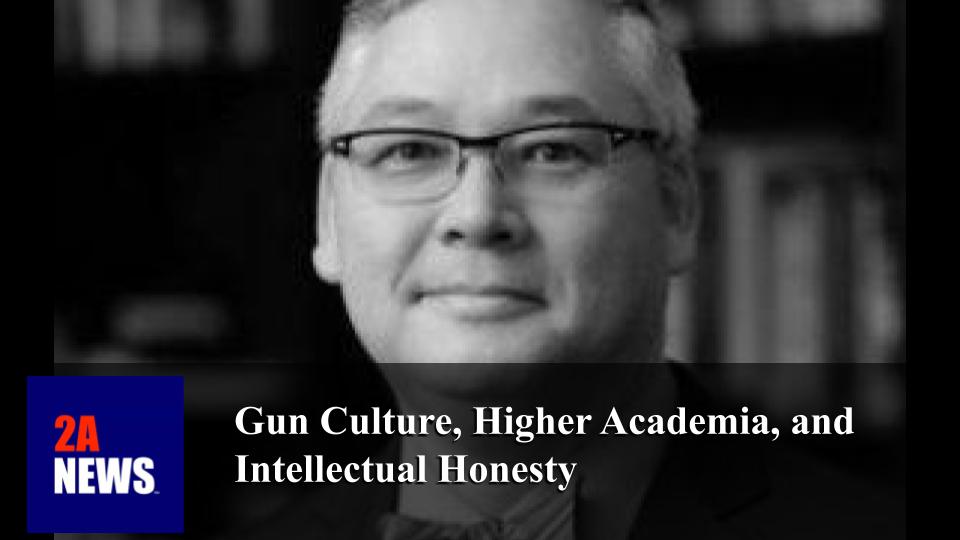 In grad school, I read Rolf Hochhuth’s Der Stellvertreter, which was a dramatic play about what the churches did and did not do during the Holocaust.  English translations render the title as “The Deputy,” but the word itself is more closely related to “Vicar,” as in someone who represents another.  The title itself asked the question, “Who really represented Christ during this time of crisis?”

A similar question could be posed to the High Priests of Higher Education:  who really represents the ideals of advanced learning and research, especially when it comes to the Great American Gun Debate?

Two of the things that used to give higher academia the level of influence it has was the level of research it performed–involving an attention to detail that most laymen don’t concern themselves with–and a dedication to intellectual honesty:  discovering and reporting the truth of a matter as the ultimate goal, regardless of how you would personally prefer it to be.

Sadly, it seems that much of academia’s pursuits in the realm of gun issues have abandoned impartiality, and uses a plethora of esoteric methodologies to torture statistics in attempts to bend reality to their view of how things ought to be.

Such was the case with Stanford professor John Donohue and his latest research paper that gun control advocates are waving around with glee.

I had seen an earlier version of this paper over at NBER some two years ago. Gun control types eagerly jumped on it, then, too, without realizing what a working paper was (a rough draft for a study), and was not (an actual, peer-reviewed study), and most hadn’t read it for themselves.  Worse yet, practically none of the consumers of gun control propaganda seemed interested in hearing how others pointed out the problems with the paper.

Short version: the “synthetic state” approach is kind of like playing fantasy football, mixing and matching select states until you come out with the results you wanted. Problem being, it doesn’t reflect reality that well. Gun-related violent crime plummeted dramatically during the years shall-issue carry laws were being passed in state after state.

And, seeing that those taking advantage of such laws are those who acquire licenses to carry, tend to be extremely law-abiding, make up a small minority of any state’s population, and hardly contribute to any state’s violent crime statistics, there is no way these same people could have contributed to the sorts of rates Donohue & Co claim they do.

Donohue’s reaction to criticism was typical of the sort of self-important indignation I well remember from grad school (read the comments by “JD” in Lott’s first link above). It seems as if the narrative were more important than the truth, which became plainly evident when he managed to find a journal to published his study. Apparently, he didn’t learn much from the critiques of his working paper, since the revised work was very similar to the original working paper, with the addition of using speculation to answer for his study’s weaknesses, and still no hard data pegging those who actually carry (i.e. licensees) in a shall-issue state as a source of violent crime.

It’s so bad that even this review of the article had to call Donohue out for the flaws in his methodology.

However, not all professors are so closed-minded. The same week, Dr. David Yamane, who is a professor of Sociology over at Wake Forest University, posted an excellent article on his blog about a speech he presented in Indianapolis at the National Firearms Law Seminar. There, he talked about his journey as a card-carrying liberal professor to a gun-owning liberal professor who is now a strong believer in armed self-defense, and is focusing on the sociology of American gun culture.

I can’t recommend his blog post on the matter enough, nor the linked video. It is well worth watching the whole 36 minutes. One major takeaway is the notion that guns are normal, and normal people use guns, which he backed up with empirical data.

His prescriptions for presenting gun culture are also far different than that of Donohue. Instead of insisting you accept tortured statistics as the only way to perceive the state of guns in America, Yamane encourages a more free-choice and open-minded approach, echoing the way he stepped into gun culture himself.

And, as I see it, Dr. Yamane serves as an excellent example of how the Second Amendment is for all Americans, regardless of political orientation or way of life.