Published on April 10, 2019  |  By John Richardson
In Uncategorized 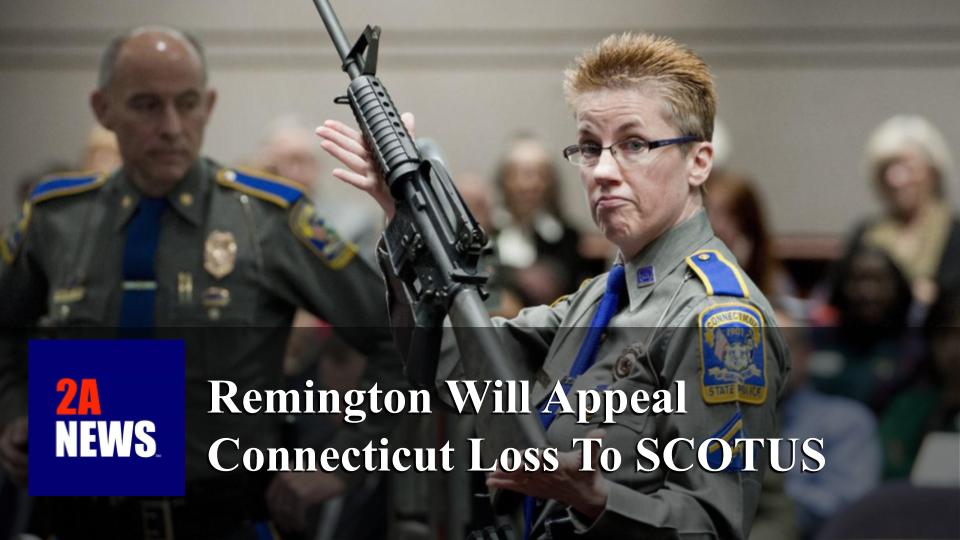 The Connecticut Supreme Court ruled on March 14th that the Protection of Lawful Commerce in Arms Act did not protect Remington and its fellow defendants in a case brought by families of some of the Newtown murder victims. The split decision allowed the case to go back to the trial court level for adjudication. Given the strong dissent in the case and the way the majority made up a rationale out of whole cloth to support their decision, it was only a matter of time before an appeal was filed with the United States Supreme Court.

Remington filed a motion with the Connecticut Supreme Court yesterday requesting a stay in the decision as they plan to appeal to the SCOTUS.

Remington is filing a Petition for Certiorari in the United States Supreme Court in accordance with the applicable Rules of the United States Supreme Court. The basis for jurisdiction in the Supreme Court is this Court’s decision on an important federal question that conflicts with a decision of a United States court of appeals. U.S. Sup. Ct. R. 10. Specifically, Remington will ask the United States Supreme Court to consider and decide whether CUTPA is the type of statute Congress intended to serve as a “predicate statute” under § 7903(5)(A)(iii) of the PLCAA, a violation of which may deprive firearm manufacturers and sellers threshold immunity against being sued. See 15 U.S.C. § 7902(a) (“A qualified civil liability action may not be brought in any Federal or State court.”). As this Court recognized, “courts that have construed the predicate exception are divided” on whether Congress intended for violation of statutes, like CUTPA, to serve as an exception to PLCAA immunity. Soto, 331 Conn. at 136.

The motion goes on to give a legal rationale for the issuance of a stay.

The Court should stay proceedings pending the United States Supreme Court’s decision to either deny Remington’s Petition for Certiorari or its decision on the merits of the case. Practice Book § 71-7 provides:

If proceedings are not stayed and Remington is required to undergo the costly and time-consuming burdens of litigation, including further discovery, motion practice and possibly trial, it will irreparably lose the intended benefit of threshold PLCAA immunity from suit. The United States Supreme Court has consistently recognized that “[u]ntil … threshold immunity is resolved, discovery should not be allowed.” Harlow v. Fitzgerald, 457 U.S. 800, 818 (1982).

According to the Associated Press, Remington has until June to file the actual petition for a writ of certiorari. The same article quotes the attorney for the plaintiffs as saying, “is a matter of law for the state of Connecticut.” Given that the case revolved around the supremacy of Federal law in what is arguably a Federal matter, this is a case that should be heard by the SCOTUS. That is, if they want to preserve the intent of Congress and the Supremacy Clause of the US Constitution.