Published on April 2, 2019  |  By Jeremy Hatfield
In Second Amendment, Uncategorized 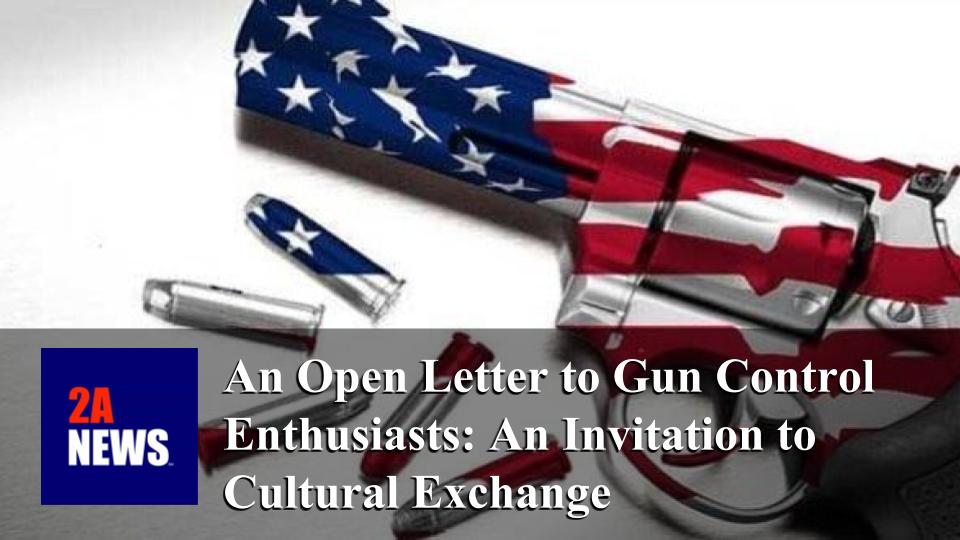 Most of the time, you strike me as “Becky” and her friend at the beginning of a certain Sir Mix-A-Lot video.

With some modifications, of course.

“Oh. My. God, Becky, will you look at that gun? It’s just so…big! It looks like something one of those gun goons would have. But, ya know, who understands those gun goons anyway?”

And then then the song would launch into something like, “I like big bores and I cannot lie…you other gunners can’t deny…”

But as fun as pursuing this parody-in-progress would be, let me get back on track by pointing out how one of the big reasons you gun control enthusiasts flounder so much in the Great American Gun Debate: You just don’t understand. And it’s mostly because you live isolated from American gun culture.

Let me tell you that there’s nothing wrong with that, in and of itself. Your First Amendment rights include free association, which also means non-association with groups of your choosing. Just don’t expect to have expert knowledge on the ins and outs of a segment of American society you are not engaged in.

Sadly, you gun control enthusiasts do this all the time. Because the overwhelming majority of you don’t own guns, nor shoot guns, nor carry guns, you have enormous gaps in your knowledge of guns and gun culture. You get terminology wrong (“clip,” “assault weapon,” “brandish”), you get laws wrong (“Stand Your Ground, is a license to kill!”), and you are beholden to the misconception that guns are only used for murder (30 homicides per day vs. as many as 3,800 saved per day by defensive gun use).

Your anointed experts fare little better. The sterile halls of academia where your scholars torture statistics to please the wishes of pro-gun control foundations funding their studies are the scholastic equivalent of erudite virgins trying to talk about sex. The military veterans you hand-pick for your dog-and-pony shows are usually non-combatants or whose wartime experiences as an occupying force in hostile territory are quite inapplicable to civil society in peacetime.

While this inexperience doesn’t mean you can’t have an opinion, it does greatly hamstring your ability to form compelling ones, and articulate them to those you really need to convince the most, namely, those of us who do know gun culture, and are ready to defend the civil rights around which this culture is built.

But, you can’t do this running the same hamster wheel you’ve been on for decades. But I have a possible solution for you, if you have the courage to try it, and I’m going to use my experiences as a polyglot to help illustrate it.

One of the benefits of speaking several languages is that it gives me the opportunity to connect with a lot more people than most of my boringly monolingual countrymen can. Even if you don’t speak fluently, just the attempt tends to be greatly appreciated. There is something in it that speaks to the core of their being, “I am one of you,” or at the very least, “I am a friend of one of you.”

You can try to learn a language from a book or a class, but the absolute best way to learn a language is to be among those who speak it. I first tried learning German through a textbook my uncle used for college, and in my teens and twenties, took classes in the language for about eight years, but the biggest boost to my proficiency was spending a single summer working in Germany (which greatly helped me with graduate school, too, by the way).

I think you might be getting an idea of what I’m talking about. But bear in mind, learning a language isn’t just replacing English with foreign words. And lest any of you be tempted to think all you have to do is rewrap your agenda with what sounds like gun-friendly slogans (“gun safety,” “gun reform,” “we’re for the Second Amendment, but”), you’re missing the point. That’s just another spoke on that hamster wheel we’ve seen you run on, and we’re not fooled, anymore than copying & pasting something from Google Translate will convince a native speaker that you’re really proficient in their tongue.

No, in order to understand us, you must do for yourself something that no one else can do for you–not us, not Everytown, not Moms Demand Action, not Brady, no one. And that is cultivate a sincere interest in how we think, what we value, and how we live and handle these objects of horror you think no civilized person should have (but have been owning for over a couple of centuries now while helping uphold American civilization).

Columbine Survivor and Brady Campaign activist Heidi Yewman did this a few years ago, by getting a handgun and a concealed carry permit, and tried living the life of a gun owner for about a month. While, personally, I don’t think a month was long enough to really live life as a carry practitioner, still, I cannot fault her for doing far more than what her fellow travelers tend to do.

Or, Parkland survivor Cameron Kasky, who in the course of touring with March For Our Lives, came to the realization that the other side of the aisle has some legitimate things to say on gun issues. He left March For Our Lives in the interests of pursuing a different approach to discussing matters with those he normally disagrees with.

Or, myself, who used to be indifferent towards gun rights, or even slightly hostile, thanks to some elitist attitudes I cultivated in high school and college. It took seeing the utility of guns for myself to start changing my attitudes about gun ownership. It took becoming a gun owner to take an interest in owning them responsibly, including learning the pertinent laws and seeking out training above what was required for my CCW license.

And it took seeing the lack of knowledge and experience among those passionately interested in curbing my rights to try to educate them with what I know.

I hear a lot of talk from gun control circles about “dialogue” and “national conversation,” but what I’ve seen over the years is a one-way dictation on your part, and demands for unilateral disarmament. As if that is the only solution to “gun violence,” and in fact may introduce more problems than it tries to solve.

Psychology Professor Jordan Peterson recently made the remark that a good man is not a harmless man, but rather, a very dangerous man who voluntarily keeps it under control. The overwhelming majority of us gun owners (99.7% by my reckoning) follow that mold. We don’t murder, rob, nor assault others with our guns. We also don’t injure others negligently.

But no attention is paid to us, when it would be of great benefit this “dialogue” you want to find out what it is about us that makes us different from the 0.3% you choose to paint as typical for the American Gun Experience.

The bottom line is: we know what we’re talking about. If you value expert advice for the sake of sound policy, you’d do well to know what we know. Guns aren’t an academic curiosity for us; they are a way of life.

Or, you can continue running your hamster wheel. And in the meantime, isolating yourselves further from those who cherish a civil right at least as important as free speech, free assembly, voting, and due process.

The choice is yours.