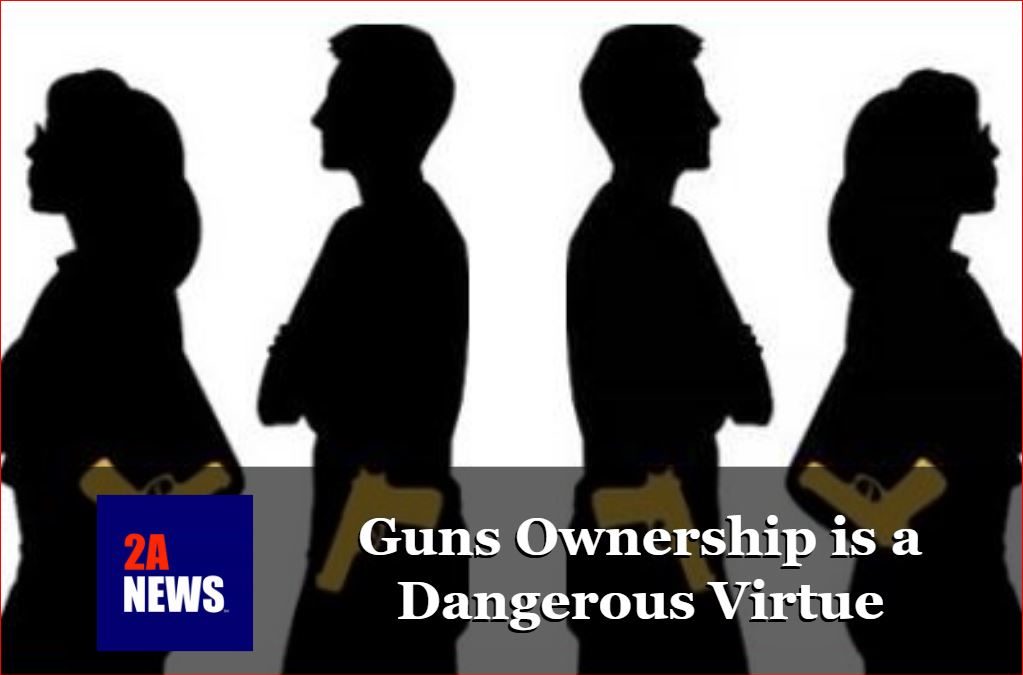 Your gun might be “safer” if it was under lock and key. It is also less useful that way. You can’t use your gun to protect yourself and your family if it takes you minutes to put to use. We forget that. We forget that in your hands, guns save lives. Making firearms “safer” and less accessible means we save fewer lives.

I see that every day. I study self-defense week after week, year after year. I also study the statistics of armed defense. I report the stories where ordinary people like you stopped a violent assault. You saved your life. You also saved the lives of your family and other innocent parties. I see it. Unfortunately, you can’t protect the people you love once you’ve made your tools of self-defense “safe”.

You protect yourself when you go buy groceries and when you fill up your car with gas. You protect yourself at work and at home. You protect yourself on your way to the gym, to school and to church. When the attack is over and you’ve defended yourself and others, then you call the police. That is what good people do. The police show up minutes later and take a report. The fact that you go armed, that you have your self-defense tools with you, that makes all of us safer. Thank you.

About 20 million of us have permits to carry a concealed weapon in public. That is about one-in-ten adults. The number of us carrying in public increases to about one-in-five adults when the government gets out of the way. Government fees and licensing requirements disarmed about half of us. That is bad. Disarming the good guys makes us less safe.

Gun-control disarms us by inches. As we’ve seen in the news, there is no such thing as a “gun-free” zone. Politicians said that honest people should be disarmed so that only criminals would be the only ones with guns. Politicians don’t want your gun to be too big or too small, too old or too new.. except for their bodyguards, of course. Politicians want you disarmed. For many reasons, disarming you is safer for them.

Being disarmed is not safer for you and me. Good women with guns and good men with guns make their families safer and their communities safer.

You can’t be a force for good if you don’t have your self-defense tools,
and the training to use them.

I have to address a comforting myth about owning a gun. The average defense takes place in seconds. That isn’t enough time for you run to your gun safe, get your ammunition that you stored separately, load a magazine, and protect your family or your employees. Time yourself.* You’ll see that I’m right. A gun you can’t use is dangerous.

We defend ourselves a million times a year with a firearm. We also have thousands of firearms accidents each year. Criminals put their guns under the front steps. Thugs leave their guns under the couch cushions in their girlfriends house. That is where children find them and where children get hurt. I want you to own your firearms responsibly, but I also want you to keep them accessible so you can use your “rescue tools” when you need them. For many of us, that means you carry your gun on your body and then put it in a small, quick-access, gun vault. That is careful storage of a dangerous tool. That is what good men and good women do. I thank you.

I mean you, the average citizen of the USA. I want you to exercise your rights. I want you to have dangerous freedom because I trust you. You have more common sense and honesty than the politicians paraded before us on the news. I trust your wisdom and your motives far more than I trust theirs.