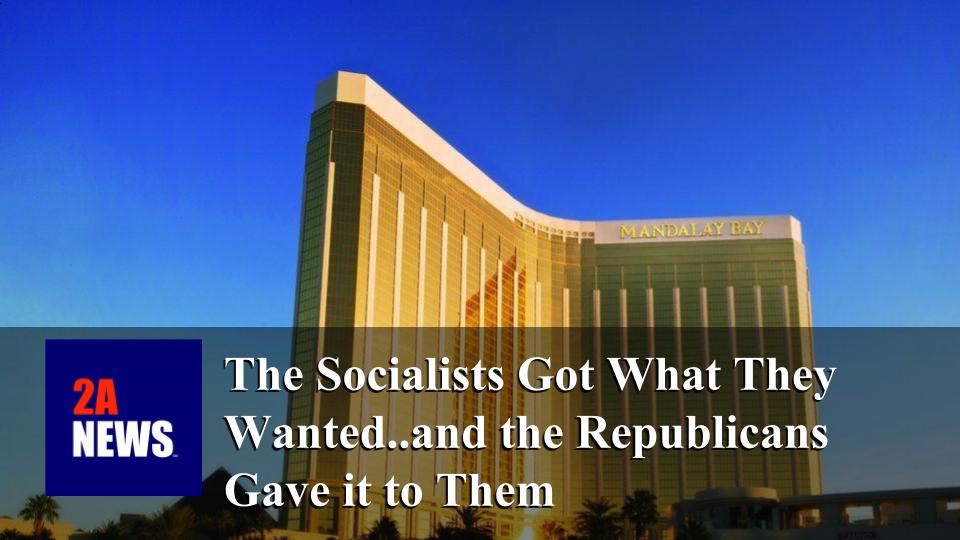 Government is more intrusive and more expensive than ever. Obama made law with his phone and his pen by issuing executive orders. Fortunately, President Trump has reversed many of these orders. Trump also restricted the federal bureaucracy.. when it was politically convenient to do so. Unfortunately, Trump also used the bureaucracy to do the dirty political work that legislators wanted to avoid. That leaves all of us at risk.

The latest example is the  firearm accessory called a bump stock. The murderer who killed 59 people at the concert in Las Vegas had a bump stock on some of his guns. Neither the Federal Bureau of Investigation (FBI) nor the Bureau of Alcohol Tobacco Firearms and Explosives (BATFE) said that those bump-stock-equipped weapons were used in the attack, but the news media ran with the story of “deadly bump stocks.” That story became political reality.

House and Senate legislators caved to the media hype that bump stocks were the new public danger. The politicians did not want to confront media that bump stocks are range toys, amusements that are inherently inaccurate and unreliable.

That rational explanation takes too many words and is ineffective against the pictures of injured people the media throws up on the green screen behind the speaker. The legislators could have said that guns save lives, but that would require the politicians to swim against the media current of sensational murders. Reality wasn’t as powerful as media myths.. at least in the short run.

We are no longer a nation of laws where consequences are know in advance,
but a nation of interpretation where outcomes can be bought.

Trump let the bureaucracy rule. That is very problem we fought with Obama. Obama weaponized the IRS, the Department of Justice, the State Department, the EPA and the INS. Political conservatives were supposed to stop that. Instead, they let bureaucrats bend to the political winds rather than to the law as written. Cowardly Republicans just gave Socialists the keys to the kingdom.

From the SlowFacts Blog