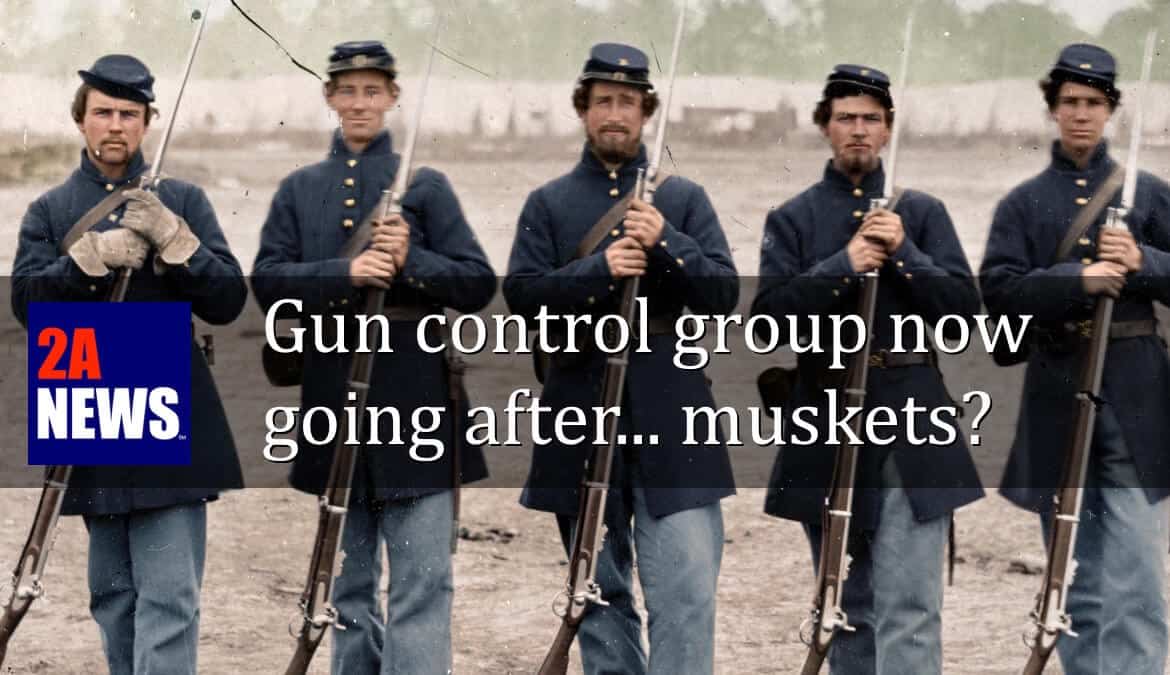 The muzzle-loading firearm: A history lesson for Gabby Giffords

A muzzleloader is a firearm into which the gunpowder and bullet are loaded separately into the “muzzle”, or open end of the gun. Modern firearms, by contrast, are typically “breech” loading, with a cartridge comprising both gunpowder and bullet inside a self-contained metallic case, loading from the breech, or rear of the barrel.

Loading and firing a muzzle-loading rifle is a complicated task. During the American Revolution, a soldier would pour gunpowder loosely down the barrel, followed by wadding and a round lead ball. These were tapped tightly together inside the barrel with a ramrod, the ramrod was removed, and additional powder added to a pan next to a hole at the rear of the firearm.

The musket was then “fired” by a piece of flint striking a steel striker, igniting the powder in the pan, which flashed through the hole to ignite the power inside the barrel. The entire process was time consuming and the musket’s smooth bore and round ball were highly inaccurate. Think Mel Gibson in the movie, “The Patriot”, standing with his fellow militiamen in a long line only yards away from their British counterparts, generating a lot of smoke, with only an occasional hit, and you will get the idea.

By the time of the American Civil War, a rifleman was equipped with pre-measured paper cartridges and primer “caps”. In addition, the rifling in the barrel and conical shape of the bullet, greatly improved accuracy.

The civil war rifleman would bite off the end of the paper cartridge with his teeth, and pour its powder contents into the barrel followed by the lead ball encased in its paper wrapping. The projectile and paper wading were then tapped down into the breech with a ramrod until they were firmly seated on the propellant charge. The ramrod was removed, and a priming cap was placed on a nipple at the rear of the gun, which was then struck by a hammer, igniting the powder inside the barrel and discharging the rifle. However, despite these improvements, a well trained riflemen typically could only fire three aimed shots in a minute.

There are virtually no crime statistics available involving muzzle-loading firearms. Despite this, Giffords’ report accuses the gun industry of trying to exploit NFA exemptions for such firearms in order to allow criminals to turn their black powder rifles into deadly “military-style weapons”.  The group views such firearms, which were already becoming obsolete by the end of the Civil War, to be dangerous because a silencer can legally be attached to such a gun without the registration paperwork normally associated with modern firearms.

“These laws prohibit convicted felons and other dangerous people from possessing guns, require gun retailers to be licensed, and require licensed retailers to conduct background checks on purchasers,” the group said. “There is one blanket exception to these laws, however: the exception for antique firearms, including muzzleloaders. The gun industry is determined to exploit this exception.”

The group is calling on Congress to pass new laws restricting muzzleloaders and the other products outlined in the report. A statement released by the group said, “Giffords—the gun violence organization founded by former Congresswoman Gabrielle Giffords and her husband, combat veteran and retired NASA astronaut, Captain Mark Kelly—are calling on Congress to update federal gun laws so these accessories can’t turn a firearm into a military-style weapon.”