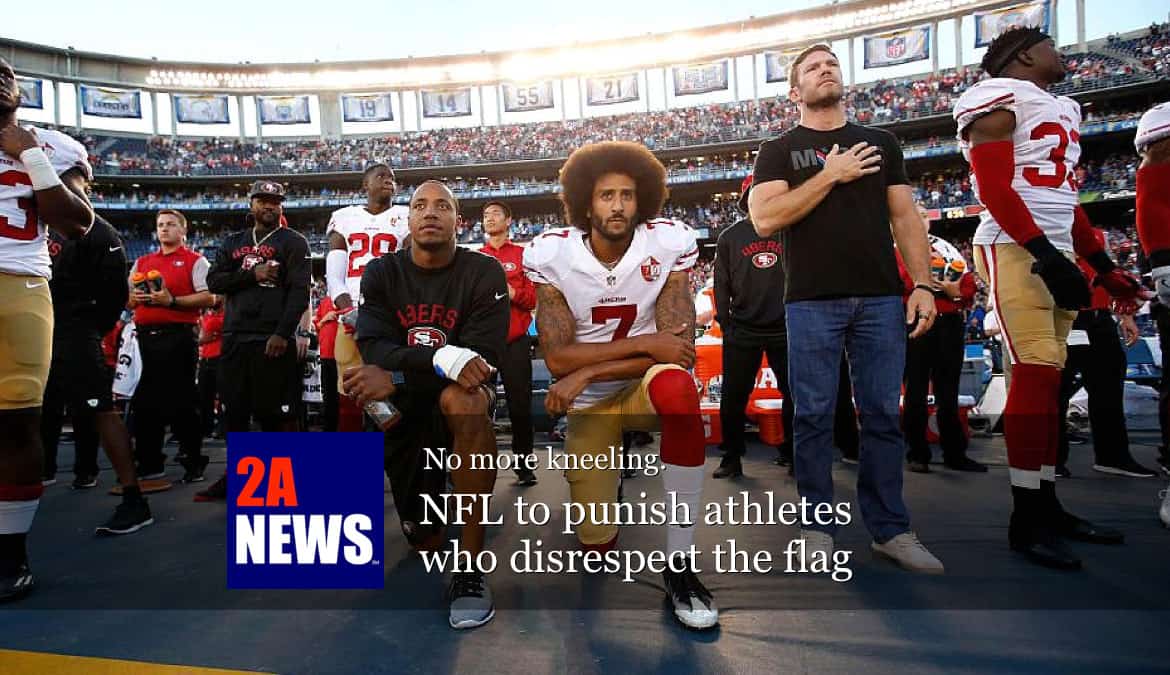 The NFL announced a policy on Wednesday that would punish teams and league workers who do not “stand and show respect for the flag and the Anthem.” NFL Commissioner Roger Goodell stated the policy was authorized “in concert with the NFL’s ongoing commitment to local communities and our country.”

Goodell said that the “efforts by many of our players sparked awareness and action around issues of social justice that must be addressed” but it was unfortunate that “on-field protests created a false perception among many that thousands of NFL players were unpatriotic.”

“All team and league personnel on the field shall stand and show respect for the flag and the Anthem.”

The policy reads: “the 32 member clubs of the National Football League have reaffirmed their strong commitment to work alongside our players to strengthen our communities and advance social justice.”

The member groups agreed to adopt the following requirements:

The National Football League Players Association (NFLPA) released a declaration opposing the policy. The NFLPA stated the vote by the owners “contradicts the statements made to our player leadership by Commissioner Roger Goodell and the Chairman of the NFL’s Management Council John Mara about the principles, values and patriotism of our league.”

The policy comes in wake of the demonstrations that were started by former San Francisco 49ers quarterback Colin Kaepernick. Throughout the 2016-2017 NFL season, Kaepernick started kneeling during the anthem as part of a protest against alleged police brutality. The criticized move was later copied by other players, angering many football fans who saw the move as disrespectful of the national anthem and the nation’s flag.

After the kneeling triggered strong disputes throughout the nation, including criticism from President Trump, the league spent nearly $100 million to social justice causes, despite critics’ claims that the payment was purely to appease activists.