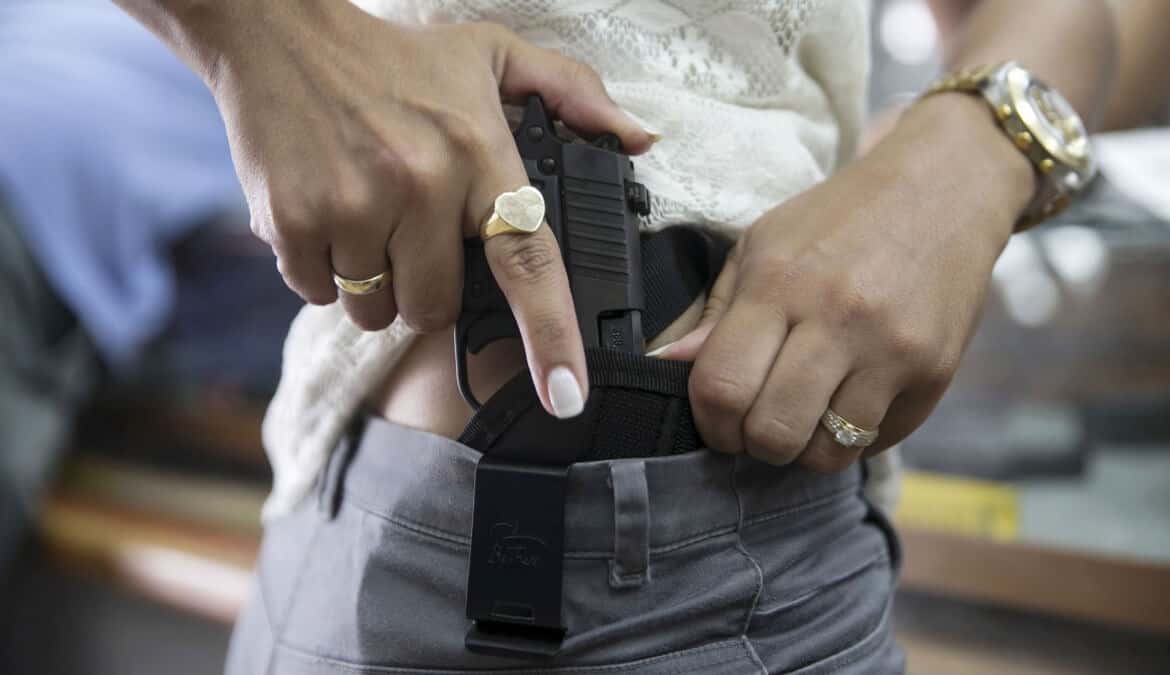 The foundation also announced it would use a portion of the funds to defeat the re-election efforts of pro-second amendment congressional legislators.

The Concealed Carry Reciprocity Act was introduced to congress on January 3rd by Richard Hudson (R-NC) as House Resolution 38 (H.R. 38). The resolution seeks to simplify a complex web of interstate laws that impede lawful travel and commerce across state lines for those with a state-issued concealed carry license. In the same way one state’s driver’s license is honored by every another state, the Reciprocity Act would require every state to honor another state’s concealed carry license.

Bloomberg’s pledge is a challenge to the “Full Faith and Credit clause” of Article IV of the U.S. Constitution

Article IV, Section I of the U.S. Constitution requires every state to render “Full Faith and Credit… to the public Acts, Records, and judicial Proceedings of every other State”. This constitutional provision applies to a host of state-issued documents used every day in interstate travel and commerce, including driver’s licenses, legal judgements, child support orders, etc. A 1935 Supreme Court decision reaffirmed the intent of the Article is to make the states “integral parts of a single nation”.

State-issued concealed carry licenses, however, have not been afforded the same courtesy as other state-issued licenses. A truck driver from Arizona who holds an Arizona-issued Concealed Carry License may travel freely into Utah with no consequences. Cross the border into Blythe, CA, however, and he can be arrested, fined $1000, and sentenced to a year in California prison.

“A driver’s license works in every state, so it’s common sense that a concealed carry permit should work in every state.” – Donald Trump, Second Amendment Policy Paper, September 2015

Prior to the ratification of Article IV in 1787, the laws of individual states subjected Americans to a confusing nightmare of conflicting laws, seriously impeding travel and lawful commerce across state lines, and directly challenging the principals of law and order. A criminal could escape a court’s wrath simply by fleeing across the border to another state. A child adopted by loving parents in one state, could find themselves stripped of parental protection and deemed a “ward of the state” if the family moved to a neighboring state.

Similar abuses are encountered today by state-issued concealed carry license holders. Last year, in a case that made national headlines, New Jersey Governor Chris Christie was forced to pardon a woman with a Pennsylvania-issued concealed carry license, after she crossed into New Jersey carrying her licensed firearm and her permit. The National Reciprocity Act would mitigate such abuses and eliminate the cost and red-tape associated with managing those with lawful gun permits.

Flip-flopping on support for Article IV: a liberal tradition

Article IV of the U.S. Constitution does not specifically address marriage licenses, adoption decrees, nor indeed any specific document or license. The Article refers simply to “public acts, records, and judicial proceedings”. This lack of specificity has been exploited in the past to advance a political party or a geographical region’s political agenda. Until the Supreme Court struck down all laws banning interracial marriage in 1967, for example, many southern states banned interracial marriage and refused to recognize marriage certificates issued in other states for interracial couples.

Liberal democrats flip-flop on their support for Article IV’s “Full Faith and Credit” provision, depending on their particular cause “du jour”. In 1996 a conservative U.S. Congress passed the Defense of Marriage Act, which stated that states need not recognize same-sex marriages performed outside of their own state. In response, liberal Democrats screamed and beat their collective chests, waving copies of Article IV’s “Full Faith and Credit” provision to the media, ultimately overturning the Act.

Now, however, with the National Reciprocity Act before them, liberal Democrats are notably silent, or, in the case of Bloomberg, openly critical to any application of Article IV’s “Full Faith and Credit” provision.

President Trump has been a vocal supporter of the National Reciprocity Act. In a policy paper published in September 2015, Trump said, “The right of self-defense doesn’t stop at the end of your driveway. That’s why I have a concealed carry permit and why tens of millions of Americans do too. That permit should be valid in all 50 states. A driver’s license works in every state, so it’s common sense that a concealed carry permit should work in every state. If we can do that for driving – which is a privilege, not a right – then surely we can do that for concealed carry, which is a right, not a privilege.”