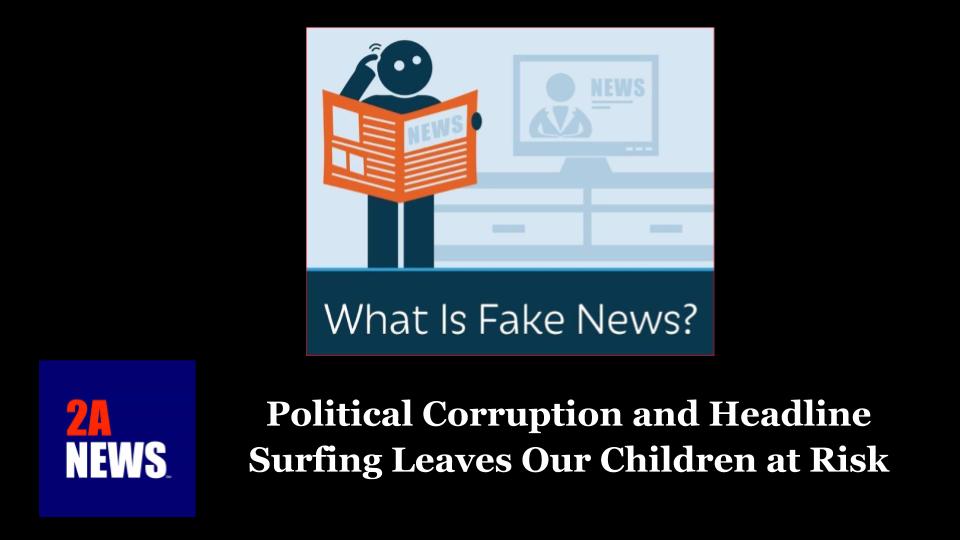 Our view of violence is wildly distorted. We don’t know the truth, but I think we can handle it. In the USA today, we think TV shows and the “news” represent reality. They aren’t. Instead of the truth, the news media feeds us the preferred biases of their selected audience spiced with titillating and emotionally charged subjects like violence and sexual scandal. That formula sells soap, insurance, and drugs, but it is also selling us a dangerous brew of politics. Unfortunately, that witches-brew of lies could get our children killed.

It is easy to think that the United States has become more violent over time. That false impression comes from our biased attention. Today, we carry a headline-machine in our pockets. Media algorithms deliver more of any headlines we clicked. That is why we see more stories about violence, when in fact, the rate of violent crime continued to fall for the last several years.

Due to our media-distorted perception, we think that mass murders are a hundred times more likely than they really are. In contrast, we largely ignore the danger of drugs, alcohol, and suicide because we don’t see those stories in the news. That distortion of reality leaves us vulnerable to political manipulation. It becomes too easy for politicians to sell us imaginary solutions to fictitious problems.

We know that 27 students and staff died last year (2018) during a mass murder at a US school. That is a horrible tragedy and I’ve written about how to save lives in schools. Because of the biased news coverage, we forget that the horrible murder toll in our schools is eclipsed a dozen times over on the streets of Chicago. Drug overdoses will kill more young people than that in a few days. We confuse the sensational with the meaningful.

The media continues its drum beat of distortion about mass murders that didn’t happen because it captures our attention. That distortion leaves us vulnerable and I’m afraid we’ll be manipulated. I fear that Antifa and the people behind them will attack a school to prove the politicians right.. and would do it shortly before the next election.

That sounds crazy to me, but we’ve already seen Antifa get away with violence. We also saw Jeffrey Epstein’s death while he was in police custody. Men who lust for power will always justify their actions.

The antidote to propaganda is more information.

The only way I now to stop such a plot is to read deeper. Set aside the ball games for a minute and study the risks our children face. Understand what really keeps our kids safe at schools. For extra credit, compare what you learned to what you were sold by the news media.

That could save our kids. And, it could also save our country.