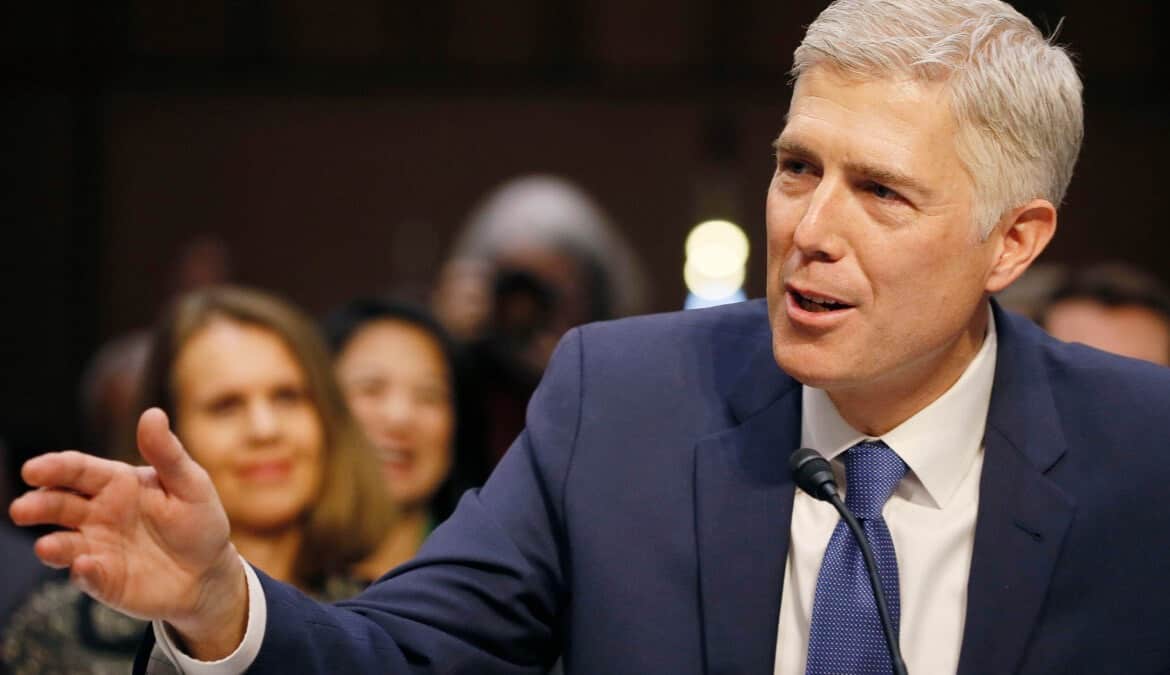 On his first day of congressional confirmation hearings, Supreme Court nominee Judge Neil Gorsuch stated his firm belief the Second Amendment is the “law of the land”.

Judge Gorsuch faced a number of second amendment questions during the first day’s hearing from Senator Dianne Feinsten (D-CA), a liberal Senator from California notorious for making incendiary claims regarding both gun owners and gun rights. In keeping with her evident belief that the constitution can be interpreted as needed to conform to current societal trends, Feinstein asked Judge Gorsuch if he thought the Second Amendment was “unclear” or “in need of clarification”. Judge Gorsuch, however, responded that the Heller decision on the Second Amendment was “the law of the land.”

The District of Columbia v. Heller (554 U.S. 570 – 2008), was a landmark gun rights case brought before the United States Supreme Court, in response to a lower court ruling that effectively banned handguns in the nation’s capital. In 2008, the Supreme Court ruled that the Second Amendment to the United States Constitution applied to federal enclaves such as the capital, and that it protects an individual’s right to possess a firearm for lawful purposes, such as self-defense within the home.

The Supreme Court decision in the Heller case struck down a long-standing Washington D.C. handgun ban in a 5-4 split decision, with the late Justice Antonin Scalia writing the majority court opinion. Referring to the efforts of anti-gun proponents such as Feinstein to dismiss or trivialize the constitution as out-dated, Scalia stated, “Undoubtedly some think that the Second Amendment is outmoded in a society where our standing army is the pride of our nation, where well-trained police forces provide personal security and where gun violence is a serious problem…. That is perhaps debatable, but what is not debatable is that it is not the role of this court to pronounce the Second Amendment extinct.”

In addition to Justice Scalia, the Heller decision was supported by Chief Justice John Roberts, as well as Justices Samuel Alito, Clarence Thomas, and Anthony Kennedy.

The 2008 Heller decision constituted a devastating blow to anti-gun liberals such as Senator Feinstein, who have maintained for years that the second amendment did not apply to individuals, but only to government-authorized military units. When asked by Feinstein during the confirmation hearing if he agreed with the Supreme Court’s decision in the Heller case, Gorsuch responded with a succinct and unambiguous, “Whatever is in Heller is the law, and I follow the law.”

Judge Gorsuch is the kind of judge we need on #SCOTUS – someone with a brilliant legal mind & a commitment to constitutional principles. – President Donald Trump

President Trump praised the judge’s clear commitment to upholding the constitution, tweeting, “Judge Gorsuch is the kind of judge we need on #SCOTUS – someone with a brilliant legal mind & a commitment to constitutional principles.”

Failing in her efforts to persuade Gorsuch to trivialize the court’s majority decision in the Heller case, Feinstein then attempted to call into question Gorsuch’s past praise of both the supporting and dissenting court positions in the Heller case. Feinstein noted that Gorsuch had called both sides of the court positions in Heller “brilliant’ from a legal point of view. Gorsuch, however, refused to be baited, noting that, as a lawyer, he could appreciate a well-drafted legal opinion offered by the minority court justices without agreeing with its premise. Said Gorsuch, he was not there to “grade his bosses work”.

Judge Neil McGill Gorsuch is currently on the United States Court of Appeals for the United States Tenth Circuit Court. On February 1, 2017, President Donald Trump nominated Gorsuch to be an Associate Justice of the U.S. Supreme Court, to fill the seat left vacant following the death of Justice Antonin Scalia.

Gorsuch is a proponent of textualism in statutory interpretation and originalism in interpreting the U.S. Constitution; positions that support the interpretation of a document as its author originally intended it to be interpreted, not based on popular trends or capricious public moods.