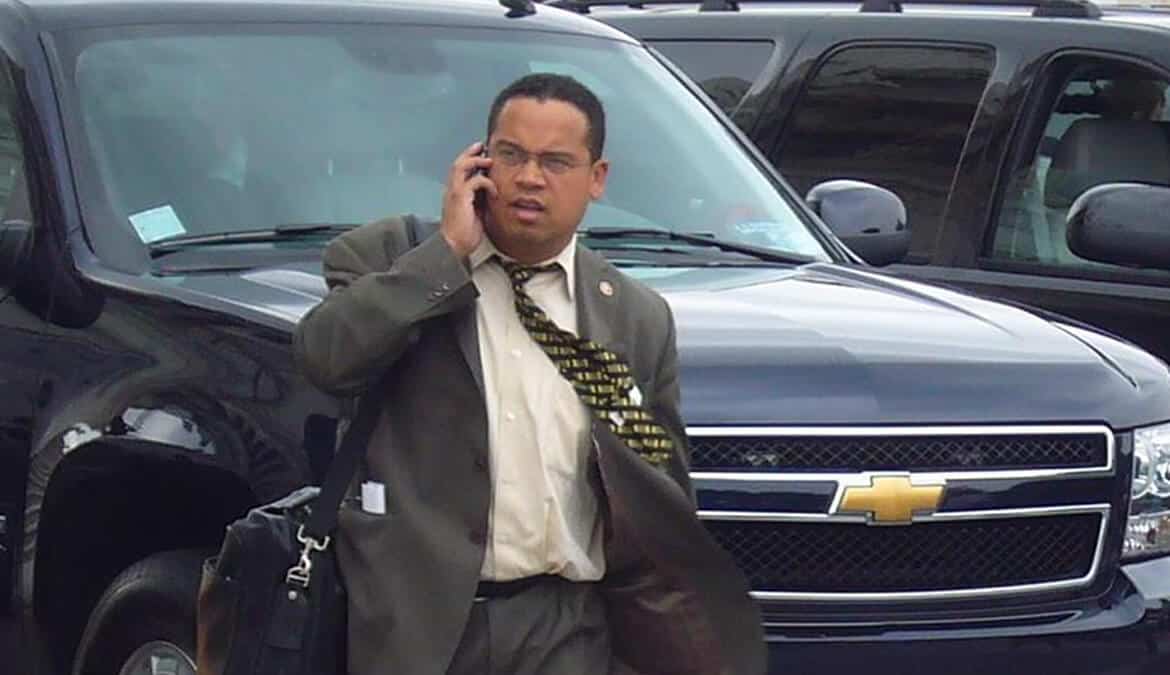 For those moderate democrats who remain optimistic that their party might recover from the devastating loss it experienced on November 8, the Democratic National Committee’s consideration of Keith Ellison as the new DNC party chair must be viewed as a splash of cold reality.

In the wake of the November 8 gubernatorial, congressional, and presidential defeats, many hard-line democratic pundits were forced to acknowledge that their party was out of touch with the rest of America. While coastal democratic strongholds such as New York and Los Angeles were happy to echo Hillary Clinton’s tiresome attacks against Trump, millions of “working class” democrats in America’s heartland showed their preference for Trump’s substantive message over Hillary’s empty attacks.

While millions of democratic party members are now re-evaluating their party’s tactics in the wake of this historic failure, the DNC itself has opted to double-down on its failed efforts. Rather than taking steps to reverse or even slow the socialist policies that contributed to their historic defeat, the DNC has opted to try and push the party even further to the left.

Democrats are on the verge of electing Rep. Keith Ellison (D-Minn.), a staunch opponent of Second Amendment rights, to Chair the Democratic National Committee. Despite America’s historic rejection of Hillary Clinton’s anti-gun message on November 8, democratic party insiders believe they simply did not push hard enough. In their minds, Americans did not reject Hillary’s anti-gun message. In their minds, Americans were simply too stupid to know better.

Ellison believes the Democratic Party should not only pursue even more severe gun control measures, but it should challenge the Second Amendment itself.

While serving in the Minnesota House of Representatives from 2003-2007, Ellison voted against the Minnesota Citizen’s Personal Protection Act. When the Act passed despite his opposition, he submitted legislation to try and repeal the Act. Ellison also authored or co-authored numerous bills to prevent Minnesota residents from being able to carry a gun for self-defense. In one bill, Ellison reiterated the tired and repeatedly disproved liberal mantra that “By allowing people to carry weapons, there will be an increased risk of violence.”

One Rule for the Masses, Another for Himself

Ellison’s stance against the Second Amendment cannot be called anything other than hypocritical. In typical progressive fashion, Ellison believes the “common” man should not be permitted to own a gun, but believes guns are perfectly acceptable for socialist elites such as himself.

On June 22, 2016, Ellison joined other Congressional Democrats in a 25-hour “sit-in” to try and force the House of Representatives to enact gun control bills. Elison’s hypocrisy was fully revealed during the protest when it was reported that he, along with 26 other participating democrats, were gun owners themselves.

Since being elected to Congress, Ellison has supported bills that would ban magazines with a capacity greater than 10 rounds, ban commonly-owned semi-automatic firearms, ban many types of popular ammunition, expand prohibitions against certain categories of individuals from owning a gun, and require gun owners to purchase liability insurance.

Ellison is a co-sponsor of H.R. 3830, the “Reducing Gun Violence in our Neighborhoods Act of 2015.” This deceptively-titled bill will subject any manufacturer, producer, or importer of any firearm to a $100 tax, effectively pricing many types of guns out of the market. Other legislation sponsored by Ellison would criminalize the private transfer of firearms, requiring individuals to conduct almost all firearms transfers through a FFL dealer after a federal background check.

Following the recent rejection of its anti-gun message by millions of voters, one would think the DNC would begin to work on revising its position. One way the DNC might reverse its losses would be to abandon the party’s liberal anti-gun stance that was so forcefully rejected on November 8 and re-join the rest of America in embracing the Second Amendment.

Unfortunately, as is often the case with people who are too far removed from those they represent, the DNC appears to be incapable of even understanding what happened on November 8. let alone abandoning the failed anti-gun policies that contributed to that day’s historic defeat.

By its consideration of Keith Ellison for DNC chair, the DNC has demonstrated that it prefers to “dig in” rather than “dig out” from under its current situation.