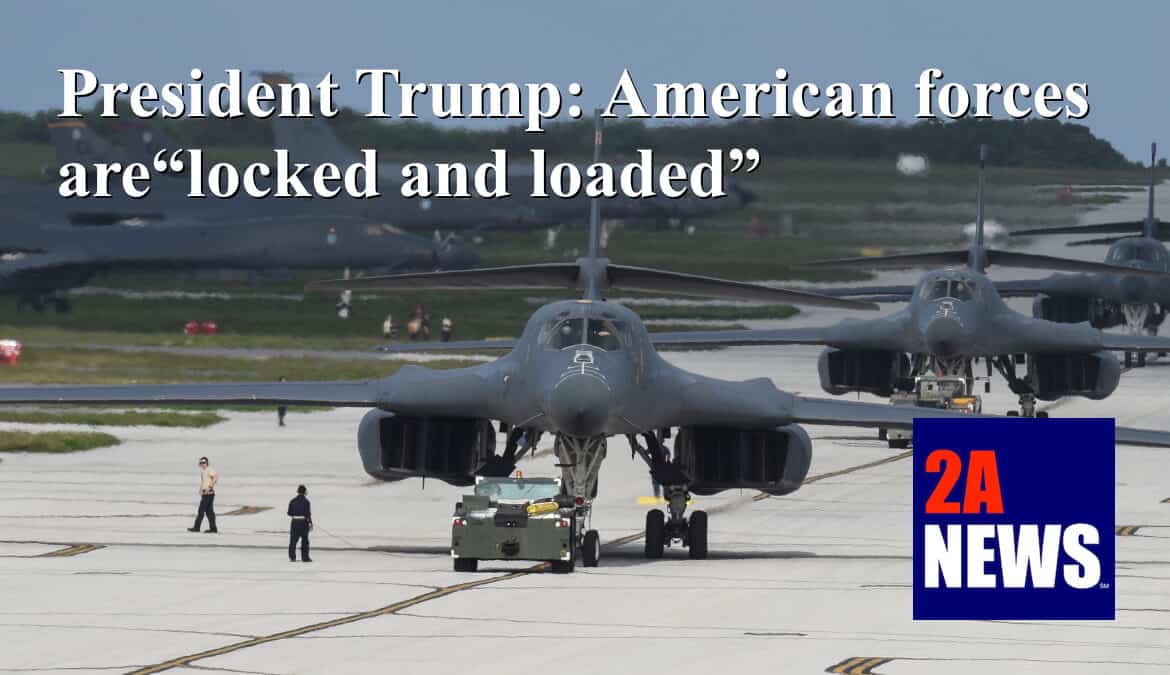 Against the growing threat from North Korea, President Trump tweeted on Friday that America’s military forces were “locked and loaded”.

The President also retweeted the Pacific Command’s earlier tweet, “#USAF B-1B Lancer #bombers on Guam stand ready to fulfill USFK’s #FightTonight mission if called upon to do so.” The re-tweet included photos of B-1B Lancer bombers.

China vows to remain neutral, provided the U.S. does not launch a preemptive attack

Amid the growing rhetoric, China’s state-run media also announced on Friday its intention to remain neutral, provided the U.S. does not strike first. If the U.S. launches a preemptive strike against the North Korea, however, China has vowed to defend the failed regime. The Global Times, a daily newspaper controlled by the Chinese Communist Party reported, “If the U.S. and South Korea carry out strikes and try to overthrow the North Korean regime, and change the political pattern of the Korean Peninsula, China will prevent them from doing so.”

Given China’s historical defense of its communist neighbor, and its pattern of saying one thing but doing another, many analysts believe China is unlikely to remain neutral in a conflict involving North Korea, regardless of the circumstances.

Expressions of support from Japan

In a show of support for the United States, Japan’s defense minister, Itsunori Onodera, said this week that his nation’s military was ready to shoot down North Korean nuclear missiles, if necessary. Onodera also spoke to Japan’s parliament, reminding its leaders that, under Japan’s defense agreements with the United States, a threat to Guam must be considered to be an existential threat to Japan. Onodera noted that the threat required Japan to activate its Aegis destroyer missile defense system.

More than 3,500 American and Japanese troops kicked off a weeks-long joint military exercise on Thursday, dubbed “Northern Viper 17”, on Japan’s northern island of Hokkaido. The exercise is scheduled to last until August 28.

Australia and the U.S. “joined at the hip”

The South China Morning Post reported Australia’s Prime Minister Malcolm Turnbull also commented on the growing crisis, describing his country and the U.S. as being “joined at the hip.” Turnbull was quoted as saying, “If there is an attack on the U.S., the ANZUS Treaty would be invoked,” referring to the defense agreement between Australia, New Zealand, and the United States.