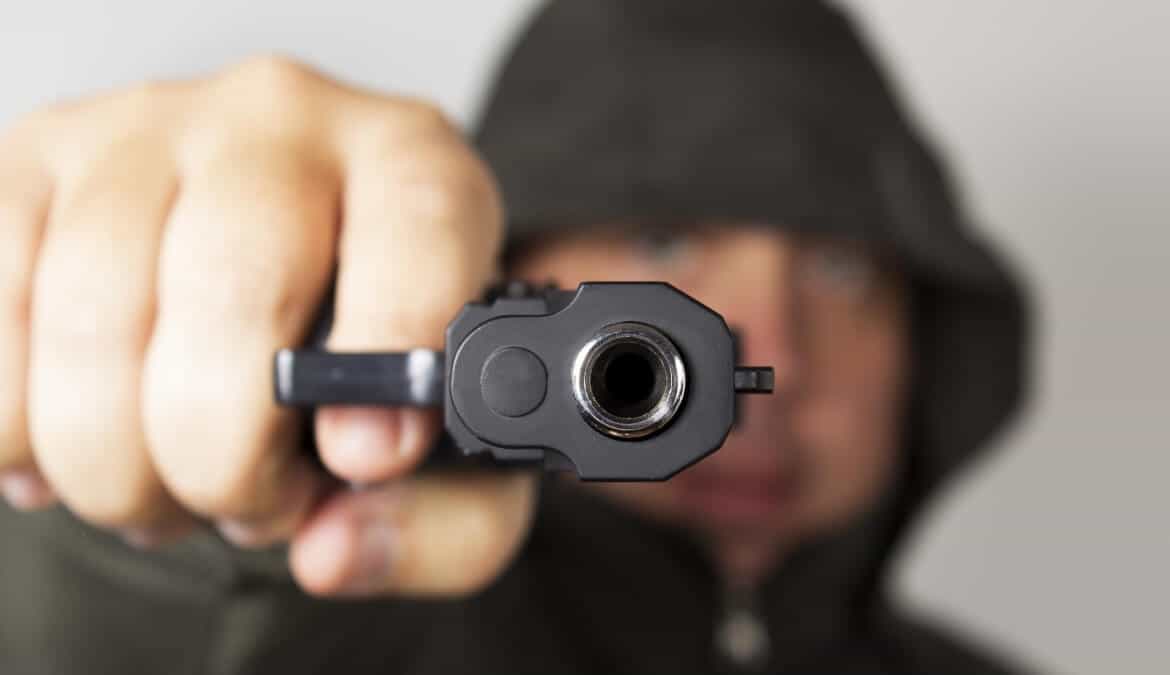 A Senate bill (SB-254) introduced by a group of Nevada democratic lawmakers would allow criminals to sue their victims if they defend themselves.

A man’s home is his castle… except in Nevada

Under current Nevada law (Nevada Revised Statute 41.095), a person who uses reasonable force to defend themselves from an attacker is immune from civil liability for any injuries the attacker might receive as a result of the victim’s defense. The bill (Senate Bill 254), introduced by 10 Democrat senators, would remove that protection, effectively allowing criminals to sue their victims if the victim fights back and injures the attacker.

Under the proposed legislation, a rapist who breaks into a woman’s bedroom would be allowed to sue the woman if she fights back and injures the rapist. Similarly, a father who defends his family during a violent home invasion could be sued by the attackers.

Essentially, the proposed legislation leaves victims with only two choices: self defense, which could result in a costly lawsuit, or huddling quietly with their family in the corner while criminals do what they wish in their home.

An attempt to undermine the “castle doctrine”

The bill represents yet another attempt by liberal lawmakers to undermine a principal of self-defense known as the “castle doctrine”. The “castle doctrine”, sometimes referred to as “stand-your-ground”, is a self-defense doctrine, typically outlined within a law, that designates a person’s home, as well as any legally occupied place such as a vehicle, as a place in which a person may use force to defend oneself against an attacker. Such laws provide the victim with immunity from legal prosecution that might result from their defense of their life. The term is most commonly used in the United States, though many other countries have similar principles in their laws.

In some jurisdictions, a citizen has a “duty to retreat” to avoid violence if they are not at risk of life or bodily injury. For example, a shoplifter may not be shot and killed by a shopkeeper, while running away from the store with a $10 pair of stolen earrings. However, should that same shoplifter attempt to car-jack a vehicle at gunpoint, then the situation changes entirely. Castle doctrine laws could then apply, permitting the car’s occupants to defend themselves, even if such defense causes the death of the carjacker, and providing the victims with immunity from any lawsuit.

Today, the majority of American states have some form of castle doctrine law. In jurisdictions where the castle doctrine applies, there is usually no duty to retreat when inside one’s home or vehicle. In some jurisdictions, there is no duty to retreat from anywhere a person has a legal right to be, such as a grocery store or public park. In such jurisdictions, a person may defend themselves from bodily harm or death, even if such defense causes injury to the attacker, and be free from civil liability.

An attack on armed self-defense

The proposed legislation cannot be viewed as anything but a direct attack on the Second Amendment and its constitutional principals of armed self-defense.  Under the bill, citizens of Nevada would be effectively disarmed, since the use of a firearm in the defense of one’s life could be punishable by an expensive lawsuit, brought by the attackers, and sanctioned by state law.

Democrat senators who introduced the legislation:

Citizens wishing to comment on the above legislation may contact the legislation’s authors by email, by clicking on their names above.

The text of this proposed legislation may be viewed on the Nevada legislative website here.

Editor’s Note: Nevada residents who oppose this legislation are advised to remember the above lawmakers during the next state elections.