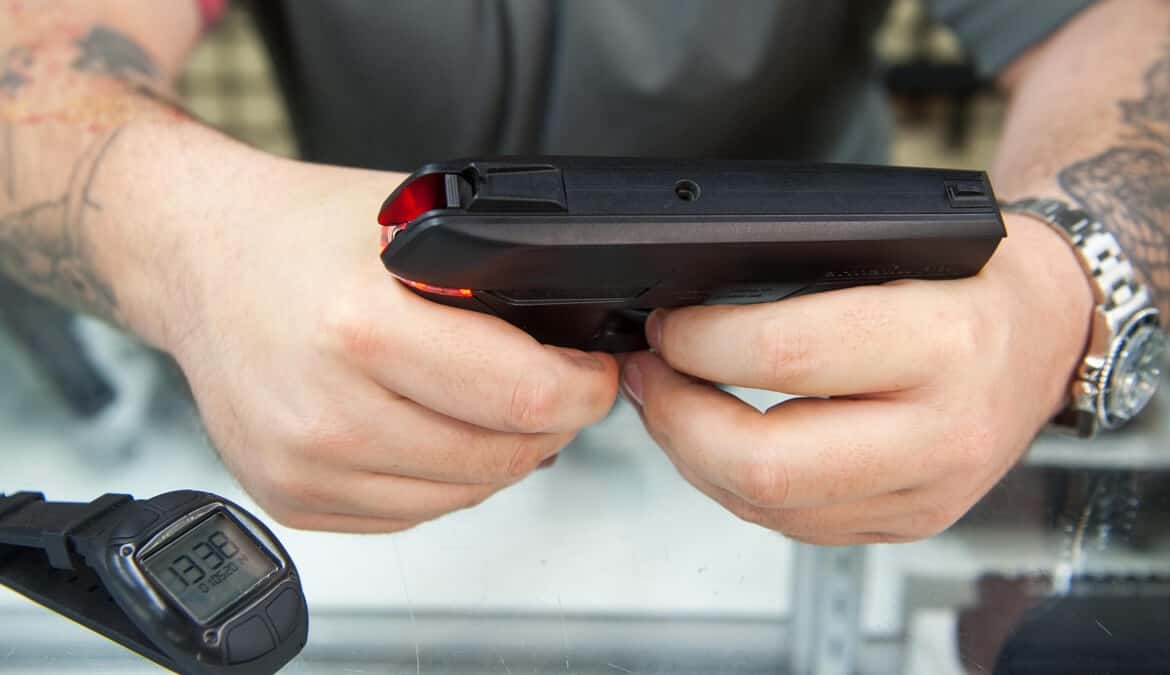 The Arizona Senate approved a bill Thursday prohibiting any state or local law from limiting gun purchases to only smart guns.

The bill, HB-2216, makes it a felony to require Arizona residents to purchase only “smart” guns; guns with integrated technology that restricts the gun’s operation to only pre-approved individuals. The bill also prohibits the incorporation of any tracking technologies within a gun.

Residents may still voluntarily purchase such firearms, but the bill prevents the passage of future laws that might otherwise seek to limit the types of guns sold within the state to only “smart” guns.

Democrat senators largely opposed the legislation. Senator Steve Farley, (D-Tucson) offered as his reason for opposing the bill, the same stock-phrase often touted by liberal lawmakers who wish to restrict gun rights; child safety. Said Farley, “This technology holds the promise of potentially, particularly with fingerprint recognition before it’s able to be triggered, of stopping the horrible tragedy of children finding a gun”.

Republican Senator John Kavanagh (R-Fountain Hills), explained the flaw in such reasoning, noting that the technology is not yet perfected. Someone who is entitled to use a gun, he noted, could find themselves without a means of defense in a moment of crisis. A person home alone, for example, might retrieve a gun to defend themselves, only to discover that the gun won’t fire because they failed to properly align their finger with the trigger sensor, the gun’s internal battery has failed, it’s matching radio-frequency ring was left in another room, or the gun is programmed to function only for their spouse.

“The finger might be dirty”, said Kavanagh, “when the person needs the gun for self-defense it won’t work.” – Senator Kavanagh (R-Fountain Hills)

“The finger might be dirty”, said Kavanagh, “when the person needs the gun for self-defense it won’t work.” There are also situations where the gun’s owner has been incapacitated, he added. “You might want a friend or a relative nearby to be able to use the weapon. They would not be able to use it if they were not part of the system.”

Representative Paul Boyer (R-Phoenix) explained his reason for supporting the bill, noting his respect for personal privacy and a desire for less government intrusion. Such technologies, he cautioned, can record every instance when the gun has been fired, report such information to the government, even notify law enforcement, all without the shooter’s consent.

“The right to defend oneself existed before government. It’ll exist long after government is gone.” – Rep. Paul Boyer (R-Phoenix)

“And that’s what I’m concerned about,” Boyer told colleagues. Defending one’s self should not be monitored or managed by the government. Said Boyer, “The right to defend oneself existed before government. It’ll exist long after government is gone.”

Why do liberals love “smart” guns?

Liberal democrats often bring up “smart” guns when debating gun control. Smart guns, they say, will prevent children from shooting each other. However, as with all such talking points, the underlying motive behind the liberal love of “smart guns” is much simpler. Anything that allows government to decide what types of guns a citizen may purchase, or makes a broad selection of commonly-used guns illegal, is by liberal standards, a thing to be embraced.

Senator Farley (D-Tucson) inadvertently expressed this underlying liberal motive while commenting about the Arizona bill. Any guns without smart-gun technology, he said, are essentially “defective products”, and should be illegal.

Senator Kavanagh (R-Fountain Hills) noted that the bill would not prevent Arizonans from buying a smart-gun, should they wish to do so. Said Kavanaugh, “It simply prevents any government entity from mandating that’s the only type of weapon you can buy.”

HB2216 passed the Arizona Senate’s internal approval process on Thursday and will now be submitted for a roll-call vote.

The Arizona House is also expected to vote in favor of the bill.