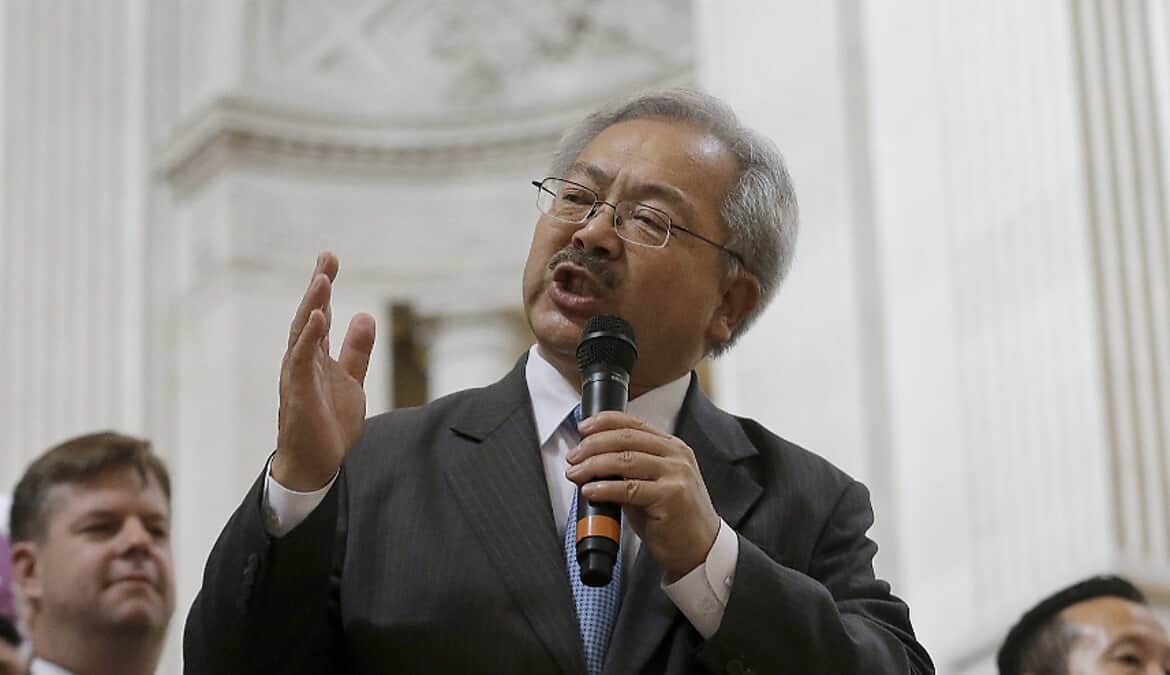 San Francisco Mayor Ed Lee authorized the diversion of taxpayer-funded “salary savings”, or payroll savings, to create a new “Immigration Court Unit” and to fund it through the remainder of the year. The diverted payroll funds will be used to hire three deputy public defenders and a paralegal, and to pay the cost of defending approximately 150 illegal immigrants already scheduled to appear before immigration judges this year.

In 2016, Lee called for budget cuts to offset “increased pension costs” of $42 million

In January of last year, Mayor Lee appeared before assembled city officials to ask them to reduce the city’s department budgets in anticipation of a projected $100 million deficit the city was facing in 2017.

Mayor Lee pleaded with city departments to reduce their spending by 1.5%. The requested spending cut, he said, “is roughly equivalent to the citywide impact of the increased pension costs that is now projected in each of the next two fiscal years.”

According to City Controller, Ben Rosenfield, San Francisco’s “increased pension costs” for 2017 will be approximately $42 million.

Planning ahead? Illegal immigrant defense costs could reach $40.5 million in 2017

It is perhaps more than a coincidence that Lee requested department managers reduce their 2017 budgets to cover “increased pension costs” of $42 million dollars. According to Immigration and Customs Enforcement (ICE) spokeswoman Yasmeen Pitts O’Keefe, the average costs to “identify, apprehend, detain, process through immigration court, and remove an alien” is approximately $10,854 per deportee.

The above $10,854 figure, however, does not include other costs incurred by local agencies supporting ICE in its efforts, such as the cost to find and apprehend the immigrant, etc. ICE relies heavily on local and state agencies to assist with its efforts.

As a self-avowed “sanctuary city”, San Francisco has pledged not to support ICE in its efforts to enforce U.S. immigration laws. A 2015 study conducted by the American Action Forum, a liberal think tank, concluded that, without the assistance of local law enforcement, ICE could spend upwards of $27,000 per person to deport an illegal immigrant.

There are currently more than 1,500 illegal immigrants currently detained and awaiting deportation hearings in San Francisco. If the city spends at least as much defending its illegal immigrants from deportation, as ICE is willing to spend to deport them, the cost to the city in 2017 could exceed $40.5 million, a figure suspiciously close to the $42 million in cuts requested by Lee to offset projected “increased pension costs”.

San Francisco’s cost to defend all of its 40,000 illegal immigrants could exceed $1.08 billion

This equates to a $1,240 city tax on every man, woman, and child in San Francisco.

But not all is lost… the Mayor gets to keep his pension.