Published on May 9, 2017  |  By 2ANews.us
In Illegal Immigration, Laws & Legal Challenges, Politics 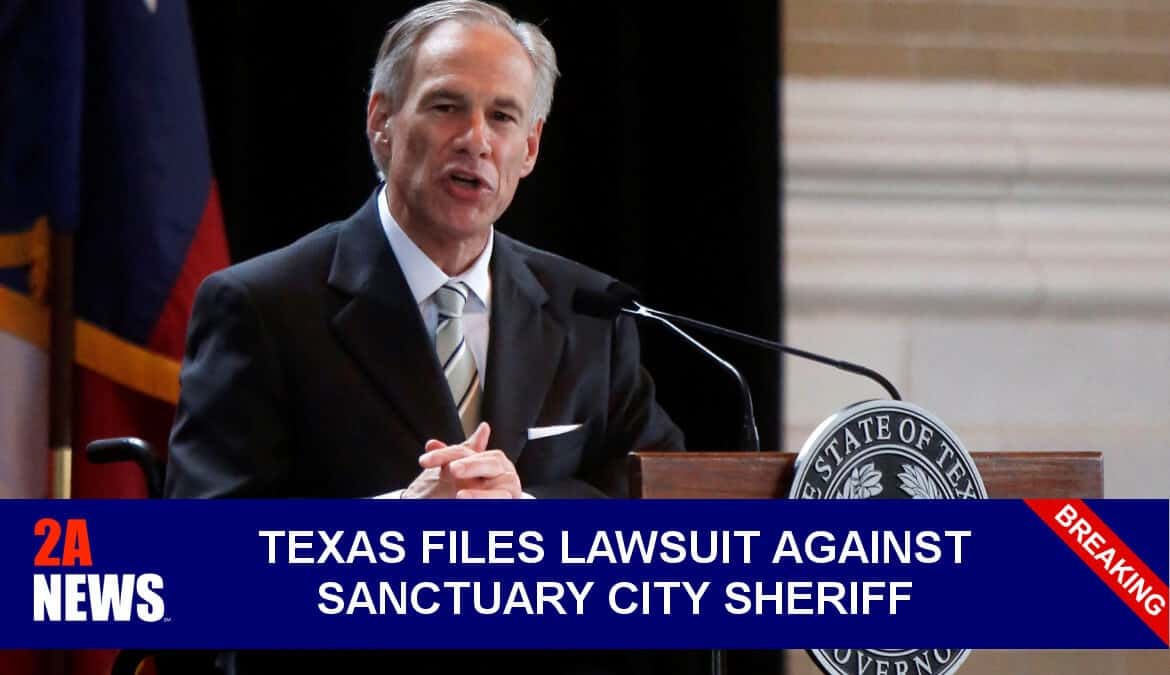 Texas Attorney General Ken Paxton filed a lawsuit on Sunday with the U.S. District Court against a sanctuary city sheriff and other Texas officials who have refused to enforce U.S. immigration laws.

By filing the lawsuit filed with a single Texas District Court, the state avoids having to litigate multiple individual lawsuits with different Texas municipal courts. The District Court ruling will apply to all Texas counties and municipalities.

The lawsuit was filed the same day that Texas Governor Greg Abbott signed into law Texas Senate Bill 4 (TX SB 4), a law that bans sanctuary city policies from being adopted within the State of Texas. Under the new law, law enforcement officers who refuse to enforce federal immigration laws may be jailed and fined up to $25,000 per day. The law also gives local law enforcement officers the right to ask the immigration status of anyone they stop.

Attorney General Paxton issued a statement through his office regarding the new law and his subsequent lawsuit, stating, “Texas possesses an independent sovereign responsibility to protect the health, welfare, and safety of its residents.” Paxton added, “Texas, cognizant of this duty, recently enacted SB 4 to set a state-wide policy of cooperation with federal immigration authorities… SB 4 is constitutional, lawful and a vital step in securing our borders.”

Austin Police Chief Brian Manley also issued a statement regarding the new law, “The Austin Police Department has worked hard to build and maintain trust, communication and stronger relationships with our communities through outreach programs and community policing. This effort and engagement will continue. With the passage of this law, we want our minority community to maintain their trust in us, if you see or are a victim of a criminal act we want you to call us and report it.”