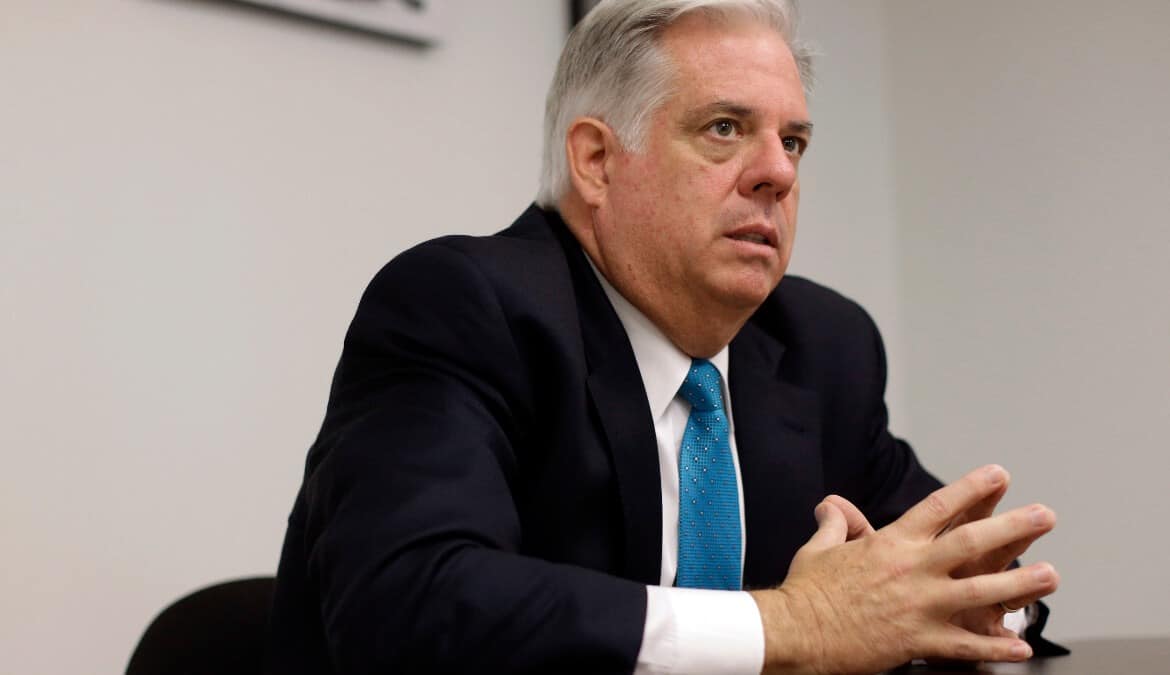 Following the brutal rape of a 14-year old girl inside a Maryland school by two illegal immigrants, Maryland Governor Larry Hogan announced on Friday he would seek to end the sanctuary status.

The announcement came as the Governor was forced to admit that he could not promise parents of children attending Montgomery County schools that their children would be safe.

According to the Montgomery County Police report, the young girl was raped and sodomized by the suspects after they forced her into a school restroom stall. Both of the adult suspects, because of their inability to speak English, had been placed within the girl’s freshman year.

One suspect had been caught by border patrol agents, but allowed to continue into the U.S.

The first suspect in the rape was identified by police as 18-year-old Henry Sanchez-Milian, a citizen of Guatemala. Sanchez was apprehended by a Rio Valley Grande, Texas border patrol agent in August 2016 while crossing into the U.S. illegally from Mexico. However, in keeping with the lax enforcement policies of then President Obama, Sanchez was not detained or deported, but was instead permitted to continue into the U.S. after simply promising to appear before an immigration judge at some undisclosed future date.

The other suspect was identified by police as Jose Montano, 17, of El Salvador. ICE authorities refuse to comment on Montano’s immigration status because he is a minor, however, police records disclose he arrived in the U.S. only 8 months ago and that his immigration status is in question.

Both suspects are being charged as adults.

Outrage and fear at a packed PTA meeting

On Sunday, Montgomery County School Superintendent, Jack Smith, issued a statement saying, in part, “The safety and security of every student in our district is our top priority and a responsibility that we do not take lightly. We have and will continue to work every day to ensure our schools are safe places to learn.”

After being informed of the rape by school administrators, hundreds of outraged parents packed a PTA school meeting on Tuesday, demanding to know why illegal immigrants had been allowed to attend the school. Emotions were raw and many in the room were understandably furious to learn that one of the suspects had been previously caught by federal immigration authorities last year while crossing the border, but had been allowed to continue.

Superintendent Smith spoke at the meeting and tried to calm the frightened parents, however, only a few questions were permitted and most attendees left disappointed and frustrated. One of those interviewed following the meeting described Smith as “an idiot”.

In the aftermath of the incident, many parents were noticeably embarrassed after being reminded that they had previously supported the school district’s efforts to become a “sanctuary” district, a policy that embraces the concept of non-cooperation with federal immigration laws.

On Thursday, Superintendent Smith reportedly sent an email in which he expressed his frustration with the frightened, angry parents. In the email, Smith reportedly referred to the parents as “racist” and xenophobic.

There is no legal definition of what constitutes a “sanctuary” city or community but hundreds of such areas exist within the U.S. Generally, a city or state designated as a “sanctuary” area has vowed to defy U.S. laws involving immigration and customs enforcement (ICE), a remarkable situation in a country that once prided itself on law and order.

It’s a disgrace that the Maryland Assembly is working harder for illegal aliens than it is for the Marylanders who are harmed by illegal immigration. – Jessica Vaughan, policy director at the Center for Immigration Studies

Jessica Vaughan, policy director at the Center for Immigration Studies, is frustrated with the sanctuary city concept; a concept that she believes harms legal immigration and puts the public at risk. Said Vaughan, It’s a disgrace that the Maryland Assembly is working harder for illegal aliens than it is for the Marylanders who are harmed by illegal immigration.”

Despite public outrage over the incident, an obstinate Democrat-control Maryland legislature plans to move ahead with its plans to designate Maryland a sanctuary state. The Maryland House of Delegates voted this week in favor of the deceptively named “Maryland Law Enforcement and Trust Act”, which prevents state and local law enforcement agencies from cooperating with federal immigration officials who attempt to enforce immigration laws within the state.