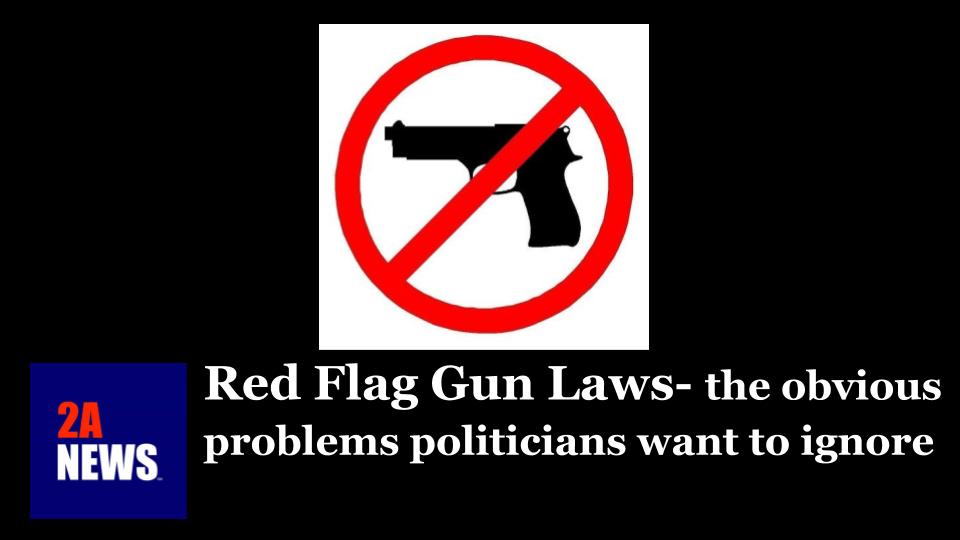 Politicians told us to put up plastic signs that said “no guns allowed”. The results were horrible. Instead of making us safer as they promised, these “gun-free” zones left crowds of unarmed people at the mercy of mass murderers. Gun-control politicians aren’t criticized when their policies fail. Rather than fix their mistakes, they invent a new gun-control law. Criminals don’t follow gun laws, so these new laws are no more effective than the last ones. We’re rightfully disturbed when innocent people are slaughtered. Rather than fix their mistakes, Democrat politicians offered up human sacrifices so we’ll feel safer.

An honest psychiatrist will tell you how difficult it is for him to predict if one of his patients will act violently. It is harder still to predict when an individual will become violent. A history of violence and threats of violence are the best predictor we have of future violence. Anything else is superstition. Unfortunately, politicians are very good at selling superstition.

California had these superstitious gun-laws for years. You can call the police and report your concerns. Florida has laws like this too. People even called the FBI to report their concerns. Unfortunately, law enforcement often fails to act on tips even when there is convincing evidence. A few years ago, an about-to-be mass murderer in California was flagged by his family and his doctor. The murderer in California did exactly the same thing that a mass murderer in Colorado did. He lied to the police and to the doctors who evaluated him. Psychopaths are experts at lying to get what they want. The recent mass murderer in Florida was not arrested and adjudicated as dangerous even after he pointed a gun at his mother’s head.

With these failures on their record, gun-control politicians have given up on the rule-of-law and are now resorting to the rule-of-rumor so the anti-gun politicians can look responsible in front of the news cameras. These anti-rights politicians want to remove the legal burden of bringing evidence into a court of law and to replace evidence with a feeling.

The goal is to give everyone the power to disarm you. The result is that anyone can harass you using the police as their tool.

“Your ex-mother-in-law feels you might be dangerous.
We need to search your apartment for weapons.”

That sanctioned bigotry gets rebranded as a virtue by calling it an extreme risk protection order, also known as a red-flag gun law. The results are entirely predictable. To misquote a long-dead communist propagandist,

‘You show me the man, and I’ll show you the person they offended.’

You’re now in the frightening position of having to show you’re not crazy in a court of law. Your legal defense will cost you about ten thousand dollars, and there is no opportunity to recover your costs after your hearing shows your sane. The predictable result is that poor people are easily disarmed with a simple phone call. That is a bigots dream if there ever were one. Unfortunately, the abuse gets worse.

You can be charged repeatedly for the same “crime” of making someone feeling uncomfortable. Since this isn’t a court of law, nothing prevents your ex-husband from calling the police again next month..and the month after that. Divorce lawyers love this.

So do Socialist politicians. We eliminated the rule of law. You can’t know if your innocent or guilty since any action might eventually offend someone somewhere. This is the perfect tool for mob rule and for enforced conformity.

The politicians who give lip service to diversity want to make it a crime to think, feel, and act differently than the mob. Gun owners are the first sacrifice.