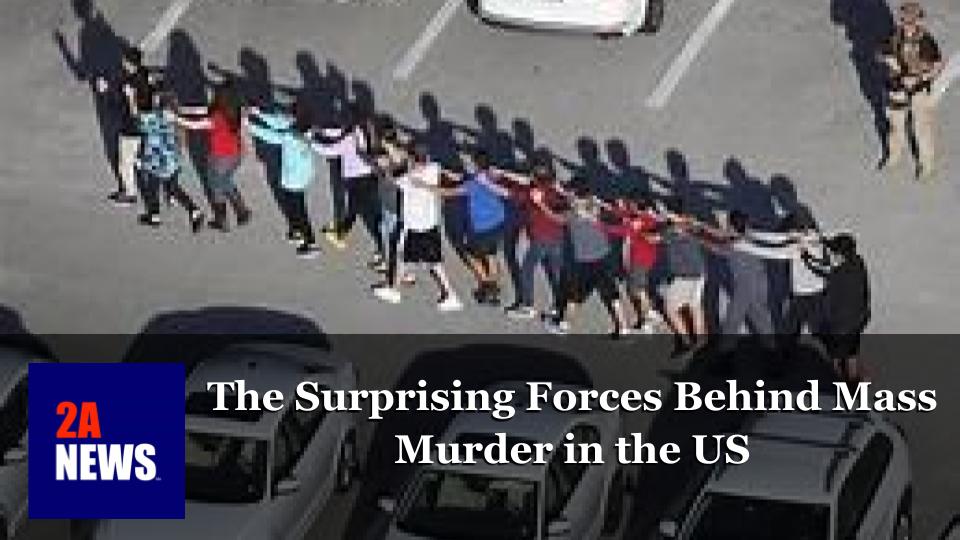 After the recent shooting in Virginia Beach, Democrat politicians said US gun owners were causing mass murder. Biased journalists said the same thing, and both of them are fantastically wrong. The real mass murderers are the people who claim to be for “gun safety”. The results are shocking once you look at the data and once you uncover a few facts. Unfortunately, our biased media is spewing spin rather than truth.

Do guns save lives?

Honest citizens defend themselves thousands of times every day. That isn’t rhetorical hyperbole, but hard statistics. We defend ourselves about every 30 seconds. Honest and law-abiding gun owners use their firearms for defense about about a hundred times an hour, about 2800 times a day.

These honest citizens used their personal firearm to rescue themselves until the police arrived. You don’t see it in the news because these gun owners are exactly like you and me; they are wonderfully reluctant to press the trigger. Criminals almost always run away from armed victims just as the criminals run away when they meet armed police officers. Like police officers, the people who carry a legally concealed firearm in public are shockingly law abiding.

Armed defense doesn’t happen on every street every night, but it happens millions of times a year here in the US.

Gun-control disarms these honest citizens who obey the law. Gun-control means that a young college student is disarmed as she walks to her apartment late at night. Gun-control means an elderly man can’t defend himself as he walks across the parking lot on a rainy afternoon. These honest citizens are disarmed by the high costs and burdensome regulations that politicians impose on gun owners. They are disarmed by bureaucrats who impose “gun-free” zones. Criminals never choose a fair fight. They gang up on isolated victims. Disarmed citizens are easy prey.

I’ll simplify the problem if you still have doubts. About ten million honest citizens didn’t get their concealed carry permits because of high fees and burdensome training requirements. Many more were disarmed by arcane gun laws. At the same time, criminals committed almost 300 thousand aggravated assaults and murders last year.

We have 23 thousand gun-control regulations today. Those laws are disarming the good guys who obey the law and they don’t disarm the bad guys who ignore the law. The good guys are your armed neighbors. They are hundreds of times more likely to save a life with their firearm than to have an accident with one. Criminal assault happens every day. That means every “gun-control” law is more likely to make the good guys vulnerable than it is to disarm the bad guys.

Listen to the people who want to prohibit legal gun ownership. Judge them by what they do rather than what they say. Gun-control produced thousands of additional victims every year, though the apologists deny it. The victims are our neighbors. Tens of thousands of them are needlessly assaulted every year.

These are the people who are promoting violence across America.

Disarming an honest citizen puts all of us at risk. Armed America saves lives, while gun-control advocates cost them. Listen to the news if you think violent crime doesn’t exist. Listen to Self Defense Gun Stories if you think self-defense doesn’t happen every day.

We need more good guys. Be one of them.

“Any Study of Gun Violence Should Include how Guns Save Lives”

“DRAMATIC REVELATION: The day of the Virginia Beach shooting one of the victims considered taking a gun to work over concerns about a colleague, but didn’t because of gun-free zone”