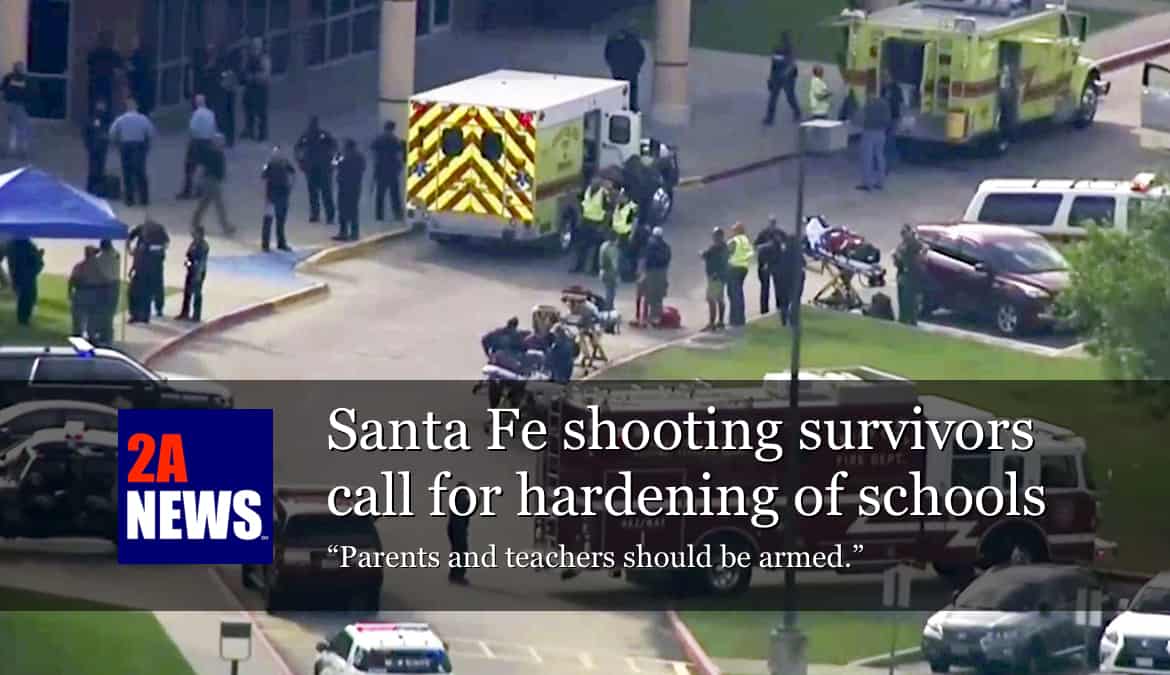 On Friday, a 17-year-old student armed with a shotgun and pistol opened fire in a Santa Fe, Texas high school, claiming the lives of eight students and two teachers. At a church service on Sunday, Monica Bracknell, an 18-year-old senior who survived the shooting, told Gov. Abbott the tragedy wasn’t about guns.

Surrounded by television photographers, cameras and reporters, Bracknell told Texas Governor Greg Abbott guns were not to blame. “People are making this into a political issue. This is not a political issue. It’s not a gun-law issue… It’s a ‘this kid was able to get into the school very easily’ issue.”

“This is not a political issue. It’s not a gun-law issue… It’s a ‘this kid was able to get into the school very easily’ issue.” – Monica Bracknell, 18-year old Santa Fe school shooting survivor

On Sunday, Texas Lt Governor Dan Patrick called for a “hardening” of the nation’s school buildings in the wake of the attack.

Patrick, a Republican, blamed a “culture of violence” for the school shooting, specifically naming video games as a contributing factor. “We have incredible, heinous violence as a game, two hours a day in front of their eyes. And we stand here and wonder why,” he said, “According to psychiatrists and psychologists, 97 per cent of teenagers view video games, and 85 per cent of those video games are violent”.

Speaking on CNN, Mr Patrick said more needed to be done to keep shooters away from students, such as restricting school entrances and arming teachers. “When you’re facing someone who’s an active shooter, the best way to take that shooter down is with a gun. Even better than that is four to five guns to one.”

“I was in the hospital visiting with a student who was wounded and a lot of his classmates were there… When we [Governor Abbott, Senator Ted Cruz, and I] asked them, they all said they thought their parents and their teachers should be armed.”

“[T]hey all said they thought their parents and their teachers should be armed.” ~ Students response to Gov. Abbott, Sen Cruz, and Lt. Gov Patrick question.

Patrick called for ‘hardening’ of school, similar to how government and court building are secured against easy access, “We need to harden the target … we need to get down to one or two entrances into our schools. You [must] have the necessary exits for fire of course but we have to follow our students into our schools so we can put eyes on them. We may have to look at the design of our schools moving forward, and retrofitting schools that are already built.”