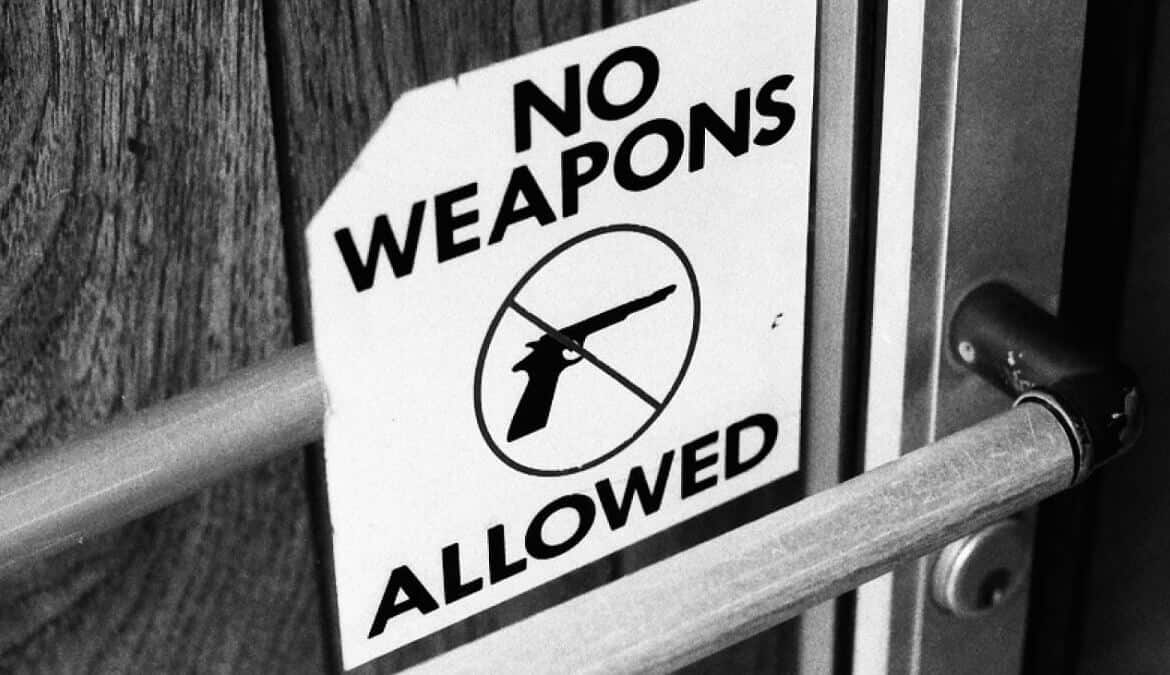 A bill is being considered in Missouri that would hold “gun-free” businesses that disarm their patrons criminally liable for injuries caused by another person or animal on their property.

House Bill 96, introduced by Missouri state representative Nick Schroer on December 1, would allow any citizen who is authorized to carry a firearm, to sue a business if, as a result of that business designating its property a “gun free zone”, they are injured by another person or animal on the business property.

A business owner who designates their business as a “gun free zone” would, under this proposed legislation, “assume custodial responsibility for the safety and defense of any person” on their property who otherwise would have been permitted under Missouri law to carry a firearm for personal defense.

A Step in the right direction

Gun rights advocates are hailing the bill as a step in the right direction, forcing business owners who post “gun free zone” signs at their business to assume responsibility for any injuries that result from their decision to disarm their law-abiding patrons.

According to the Crime Prevention Research Center, since 1950, with two exceptions, all of the mass shootings in the U.S. have taken place in “gun free zones”.

The recently-released diary of the Aurora Colorado theater killer, James Holmes, confirms this premise. Holmes noted in his diary that he had decided against attacking an airport because of its “substantial security.” Instead, out of seven theaters within 20 minutes of his apartment, only one was designated as a “gun free zone”. That was the theater Holmes ultimately chose to attack.

A recent study published in the Harvard Journal of Law & Public Policy concluded that there is a direct correlation between gun ownership and the reduction of violent crime. In short, the study found that more guns correlates to less crime. The study also concluded that nations with stricter gun control laws have substantially higher murder rates than those with less restrictive gun laws.

The premise behind Missouri HB 96 is a simple one. A business that disarms its law-abiding patrons creates an environment where injuries sustained at the hands of a criminal may occur at both a higher rate, and with greater severity. Therefore, a business owner who promotes such an environment must assume the responsibility for their patron’s safety, and may be held liable for any injuries that occur as a result of their decision to disarm law-abiding patrons.

Under the proposed legislation, Missouri business owners will be faced with simple choice. They must either permit law-abiding patrons to legally carry their firearms, or be prepared to accept personal responsibility for the safety of their patrons.