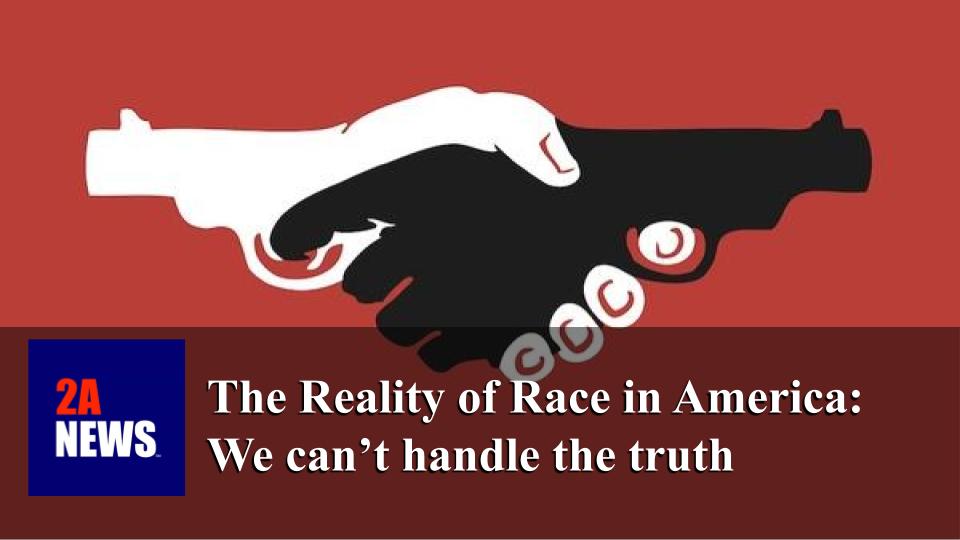 If there is one good thing that has come out of America electing Barak Obama more than 10 years ago to be the nations first black President, it is the way in which the issue of race and race relations has been drawn, kicking and screaming into the public square. One would have thought that we would have taken the opportunity to discuss old wounds that never properly healed. Unfortunately though, no real solutions ever surfaced. In fact, since the election of Donald Trump, things have only gotten worse. Why not?

The truth is, we (white, black, liberal or conservative) are not ready for such an open and honest discussion. On one side you have those who just want to sweep the past under the rug, like it never happened. On the other side you have those who are stuck in the past as though nothing has changed. Both sides are insistent on living in their respective states of denial, preventing us from really communicating on how we move forward from here.

For example, I am told by blacks that because I am a conservative, I cannot really be black. And at the same time, conservatives claim that if I choose to identify myself as black then I cannot truly be a conservative. The truth is that unlike some would have you believe, the two are not mutually exclusive. And here is why.

At 49 years old, I am a part of the first generation to grow up after the passage of the 1964 Civil Rights Act. So unlike my father, or his father before him, I was born “Equal under the law.” But that does not mean that I was born in a system that promoted equality.

400 years of slavery, the subsequent 100 years of Jim Crow and the liberal led welfare/entitlement state did much to weaken the black man and destroy his family and community. These systems were designed to keep blacks down. And that is exactly what they did. The reason many blacks have a victim mentality is that not too long ago, they were victims.

Take my father for example. He left the Air force after World War II as a fully trained and certified electrician. But he could only get a job washing cars. You see, the unions would not let him join their ranks because his father was not a union member. Never mind the fact that at the time my grandfather was working, they did not allow blacks to join the union.

My mother experienced whites only drinking fountains and lunch counters. She recalled “Bull” Conner turning police dogs and fire hoses on innocent blacks like it was yesterday. These experiences are not easily dismissed by those who experienced them. They play a major role in shaping one’s world view.

For my parents, everything in society told them that it was government and whites who were in control…not them. This is the worldview that they have passed on to us, their children. This was their reality.

My reality is somewhat different. I can eat where I want. I can go where I want. The law states that I can not be denied any opportunity because of the color of my skin. In fact, there are teams of lawyers, judges and politicians willing to fight to protect these rights. There are no laws preventing me from starting a business, getting a good education or supporting the political candidate of my choosing. This is part of my reality; the only part that many conservatives are willing to acknowledge.

I also realize that there are those whom I will encounter who will prejudge me based on the color of my skin, whether they admit it or not. Racism is not dead; substantially diminished but not dead. I also must acknowledge that the 1964 Civil Rights Act did not undo the 500 years of indoctrination and brainwashing black Americans underwent. Nor did it create a level playing field in regards to asset wealth.

There are “The Haves” and “The Have Nots” and nothing happened to change the fact that blacks would start off overwhelmingly in the category of “The Have Nots.” This means that they would have much less capital to start businesses, purchase homes or to pass on to future generations.

As hard as my parents worked and as much as they tried, they did not have a home or any other significant assets to pass on to their children. This is too often the norm in black America. This too is also part of my reality; the only part that many liberals are willing to acknowledge.

I don’t believe that we will ever truly address the issue of race in America until blacks and whites; liberals and conservatives are willing to accept the truth about where we have come from and where we are now. Whites cannot celebrate creating equality in the rules of the game after attempting to knee-cap the other team’s players and spotting themselves 20 points. Along the same lines, we cannot be so preoccupied with the unfairness of how things started that we spend all our time complaining to referees, thus letting the other team run up the score. This is exactly what has been taking place the last 50 years.

As for my perspective, I will say this: Being black is part of who I am. But it does not dictate who I am or who I will become. And while I cannot control the fairness of the circumstances around me, I can control how I react to those circumstances. I can choose to learn from them or whine about them.

As I approach each challenge, I can choose to see it as a stumbling block or a stepping stone; as an obstacle or a building block. I can choose to fight against ignorance and poverty or I can pawn it off on my children for them to fight. These are my choices.

I have a message that I encourage every black parent…scratch that… every parent to tell their children. It is what my father told me many moons ago and it has served me well.

Life isn’t fair…GET OVER IT!

Your future will mostly be shaped by the decisions that you make, and no one else. Where you end up in life will be the result of all the choices you make, big and small. And when it is all said and done, your success or failure will be determined, not by the circumstances which you had to face, but by how you responded to those circumstances.

President & C.E.O. at 2ANews Corporation
Craig has more than 25 years as a conservative political activist and media commentator.