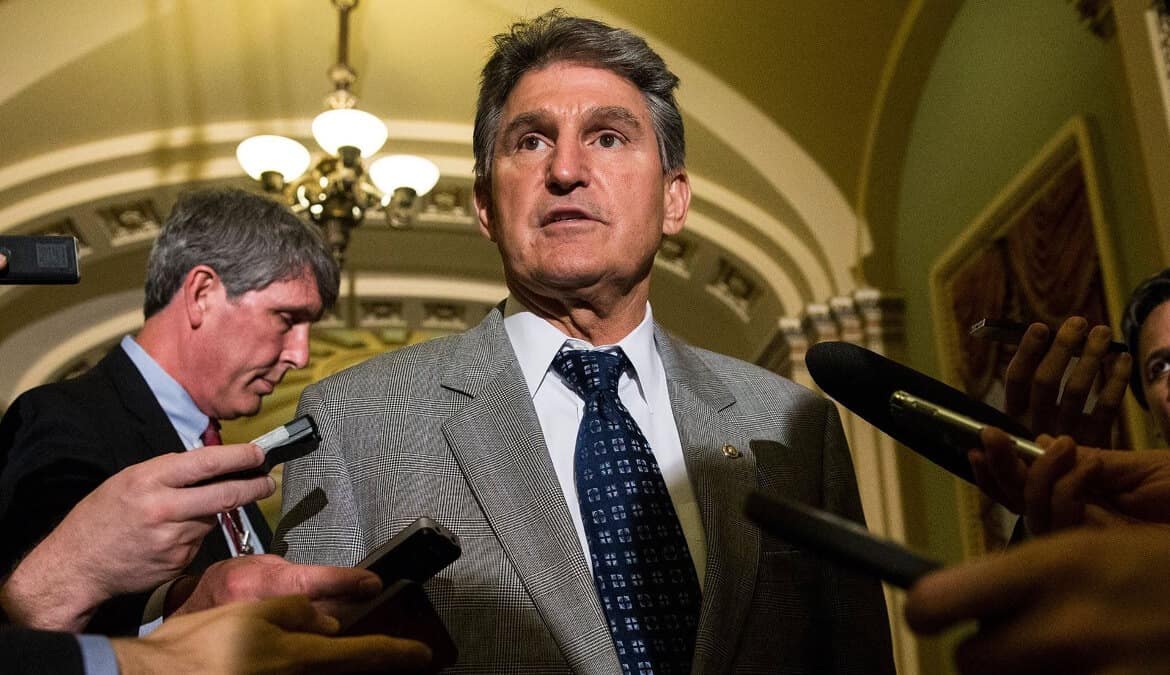 A Sunday op-ed piece in the New York Times Magazine reports that a Democrat senator close to President Trump has claimed universal background checks and gun control are a “complete possibility” under the Trump administration.

The senator, Joseph “Joe” Manchin (D-WV), who is reportedly very close to Trump, allegedly met with the (then) president-elect in Trump Tower in December 2016. Later that month,  on the occasion of the fourth anniversary of the Newtown school shooting, Manchin appeared on “Morning Joe”, a MSNBC show Trump is known to watch, to discuss gun background checks.

Less than an hour after the show had aired, Manchin reportedly received a cell phone call from president-elect Trump.  While Manchin did not divulge the details of his call with Trump, he reportedly told the Times that he envisions “a complete opportunity” for more gun-control under President Trump.

Four years ago, Manchin co-authored a bill with Senator Pat Toomey (R – PA), proposing an expansion of background checks for all gun show and online gun sale transactions, regardless of whether the seller was a licensed dealer, and allowing an exception for transfers between family members.

The bill was defeated, despite support from the Obama administration.

Manchin reportedly believes gun control may now have the chance it never had under President Obama due to an alleged false sense of security being enjoyed by gun owners following Trump’s election. Manchin suggests enacting increased gun control might be possible under the Trump Administration precisely because “no one thinks President Trump would do anything that would take away your gun rights.”

President Trump campaigned on a solid second-amendment platform, and it was due in no small part to the support of millions of gun-owners that he was elected. Endorsed by the NRA early in his candidacy, Trump frequently reassured voters of his commitment to their inherent right to self defense provided by the second amendment.

Background checks are currently required for all gun sales through federally-licensed gun dealers and are facilitated through the National Instant Criminal Background Check System (NICS). Background checks are not required for private gun sales or transfers, such as those that might take place between private parties attending a gun show. This exception is viewed by gun control advocates as an unacceptable “loophole”, and gun control proponents frequently point to this “gun show loophole” when arguing for universal background checks.

Background checks would not have prevented the Newtown tragedy

History has also shown that the introduction of universal background checks has always been followed by increased government intrusion, and ultimately by an abuse of personal rights and freedom. Universal background checks are typically followed by the introduction of more gun control and mandatory gun registries. Ultimately, confiscation is the result.

Anyone who might doubt that confiscation is the ultimate goal of gun-control proponents need look no further than the statements of Senator Dianne Feinstein (D-CA), who famously said in a 1995 interview on the show, 60 Minutes, “If I could have gotten 51 votes in the Senate of the United States for an outright ban, picking up every one of them, ‘Mr. and Mrs. America turn ‘em all in,’ I would have done it.”

“Although universal background checks may sound appealing, the private sale of guns between strangers is a small percentage of overall gun sales. Worse, the background check bills are written so broadly that they would turn most gun owners into criminals for innocent acts — such as letting one’s sister borrow a gun for an afternoon of target shooting.” – David Kopel, CATO Institute

David Kopel, associate policy analyst for the CATO Institute, is a research director at the Independence Institute and an adjunct professor of Advanced Constitutional Law at Denver University, Sturm College of Law. Kopel noted in 2013 why applying background checks to private gun sales would be a bad idea. Said Kopel, “Although universal background checks may sound appealing, the private sale of guns between strangers is a small percentage of overall gun sales. Worse, the background check bills are written so broadly that they would turn most gun owners into criminals for innocent acts — such as letting one’s sister borrow a gun for an afternoon of target shooting.”

On November 3, 2016, Trump launched the “Second Amendment Coalition”. The Second Amendment Coalition is chaired by Donald Trump Jr, and Chris Cox, executive director of the NRA-ILA. The Coalition includes 62 co-chairs comprised of U.S. Congressmen and gun manufacturers such as Jesse James and Daniel Defense’s Marty Daniel. The coalition was formed as an advisory group to aid Trump during the waning days of his presidential candidacy and advise him on second amendment issues. While not a part of the formal Trump administration, the coalition continues, through its members and co-chairs, to support President Trump in his efforts to protect the Second Amendment.