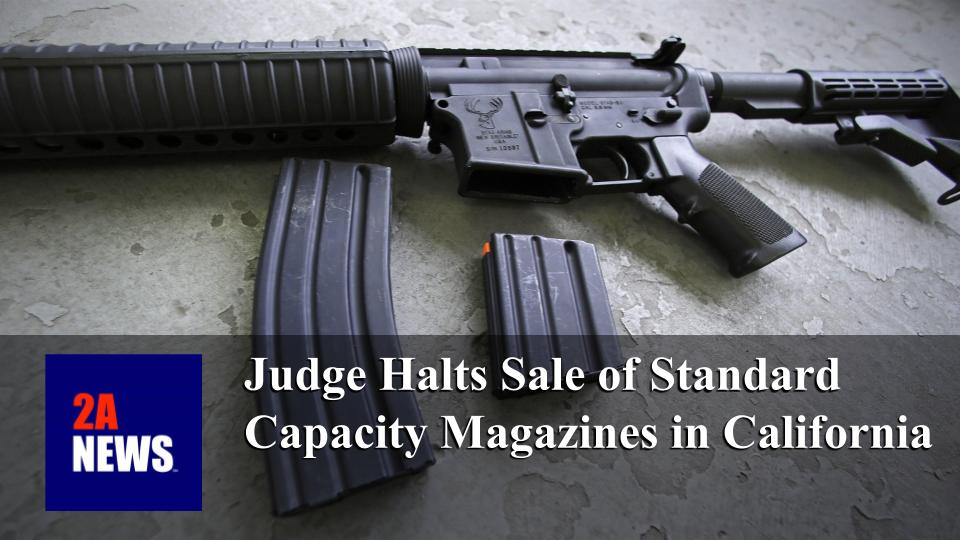 SACRAMENTO — The shipment of standard-capacity magazines into California will end as abruptly as it started. The judge tossed out a ban on sales and purchases of the items has apparently stayed his own ruling.

On Friday, March 29, 2019, U.S. District Judge Roger Benitez in San Diego said that a law that bans possessing, buying or selling any magazines holding more than 10 bullets infringes on the Second Amendment right to bear arms. And thus, the floodgates were opened.

California Attorney General Xavier Becerra immediately sought a stay in the ruling, noting in his filing that with the ban lifted, even temporarily, t “there is evidence that sales have begun already.”

That was an understatement.

Online retailers immediately began advertising their plans to sell their standard capacity magazines in the golden state. “We are getting prepared to send a whole lot of freedom to our friends in California,” reads a post by South Carolina-based Palmetto State Armory.

Meanwhile in , lines were out the door at retail firearms stores in California, as gun owners were able to purchase these items for the first time in over 20 years.

But the celebration appears to be over, at least for now.

Under his stay California residents who have acquired these standard-capacity magazines in the week since his last ruling will be allowed to keep them, but will not be able to import, buy, sell or manufacture any more starting Friday at 5 p.m..