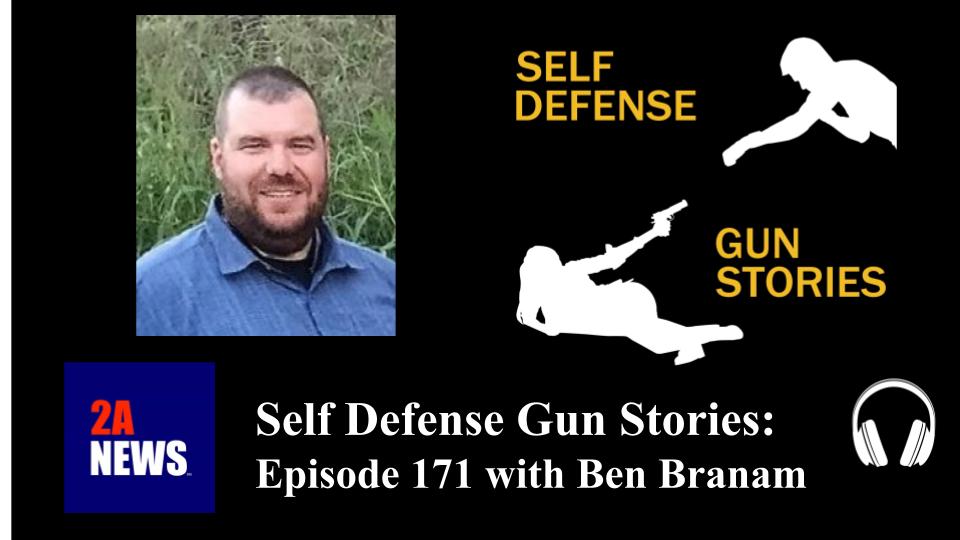 Rob- We received another rating on iTunes this week (107/60). Please go to the iTunes store where you subscribe to podcasts and give us a rating and write a comment.

Ben- We’ll talk about recent examples where gun owners were in a life threatening situation. Were they lucky, or did they have a plan? What should we do if we were in their place? We give you the links back to the original news article on our website.  Our first story took place last week in West Philadelphia.

You’re sitting on your front porch before 9 in the evening. A stranger comes up to you and asks you a question. The next thing you know, the stranger has a gun out of his pocket and demands you empty your pockets.

You have your concealed carry permit. You’re armed. You stand up to give your attacker what he asked for. You reach into your pockets and then shoot your attacker. He tries to run away and falls to the ground. You call the police.

The police take your attacker to the hospital.

What did our defender do correctly?

Ben- Our defender had a plan. He knew he could be attacked even though he was only sitting on the front porch of his house. He had a pistol permit in Philadelphia. He had a firearm as a defensive tool. He was wearing his gun on him. He defended himself when he faced an immediate, lethal and unavoidable threat. He stopped shooting when the threat went away. He called the police. The defender stayed at the scene and gave the police a statement.

Rob- That is a lot to do, and it is more than firearms safety and marksmanship. When do you talk to your students about those issues?

Ben- Learn to be John Farnam. John is a very respected firearms instructor and law enforcement officer. Meeting stranger is the dark on the street is dangerous. When the stranger steps off the sidewalk, I want you to say ,“Stop, don’t come any closer.” as you get up and move away from your attacker. It sounds rude. It is better to be rude than shot or robbed.

Ben- Give the robber what he wants so his hands are full. Hand him the kitchen sink if he’ll take it. That is when you move, present your gun, and defend yourself. Keep pressing the trigger until the threat goes away.

I also want you to retreat to a safe place inside your house when you call the police.

Ben- You don’t know if your attacker has an armed partner.

And another thing, in some states you need a concealed carry permit to be armed on your porch. Learn your local laws.

Rob- Second Story-  Are you armed at work?

You’re sitting in your truck in downtown Tulsa at five in the morning. You’re waiting for your construction crew to arrive and start work. You look up when you hear a loud sound. A stranger is beating your truck with a length of rebar. The stranger smashes your windows. You’re armed. You shoot your attacker until he drops the rebar and steps away from your truck.

You call the police. EMTs take your attacker to the hospital. They take you in for questioning and then release you.

Ben- Our defender had his gun with him. He defended himself. He called the police, and he gave a statement.

Rob- Would you give me an example about talking to the police?

Rob- How often are people attacked while they sit in their car?

Rob- Is that hard to learn, and who would teach me to defend myself as I’m sitting in my car?

Ben- It is easy to learn, but it is hard to get there.

Rob- What does that mean?

Ben- First you have to know the safety rules really well..and that is easy.. at least it is easy once you’ve mastered it.

Then you have to know marksmanship subconsciously so you know where the barrel is pointing even when you’re not looking at your gun..and that is easy.

Then you have to know how to present your firearm from concealment..without thinking about it..and that is easy.

And then we have to practice that while were sitting down..and that is easy.

And then we have to add the complications of seat belts and a steering wheel and windshield posts.

None of this is hard, but you have to know all of it unconsciously or I can’t really teach you to draw from concealment in your car because you’re distracted by everything else you don’t know.

Rob- So I have to take one step at a time.

Ben- Practice what you’ve been taught and then go learn a little more. Rather than making one ninja, let’s make ten million people a little safer each year.

You’re working at the checkout aisle of a grocery store. It is noon when a man runs into the store wearing a mask over his face. He jumps over the counter and starts beating you. You fall to the ground.

You’re armed. You draw your gun and shoot at your attacker. Now your attacker runs away. No other customers or employees are hurt. Your co-workers call police.

Nearby police saw your attacker run from the store and arrest him. EMTs take you to the hospital.

Ben- Our defender thought he could be attacked because he’d heard of other stores in the area being robbed. He had a concealed carry permit. He was armed that day and the gun was on his person rather than in a backpack. Our defender stayed in the fight and worked to his own defense even though he was being hit. He got a hand on his gun and then shot at his attacker.

Rob- Was the victim hurt?

Ben- Our defender was hit six times in the head, so he was pretty badly beaten.

Ben- This is hard because you might not see your attack coming if you’re working with another customer. The attacker has the advantage of surprise and violence. I know what I’d do if I saw one of my co-workers being beaten. Ask all your co-workers to have a plan for your mutual defense. The other thing to do is to practice close-in defense.

Rob- Let’s talk about that. What exactly would you do if one of your co-workers was on the ground being hit?

Ben- Get close. Look where the shot will go. Maybe you have to be at contact distance.

Close-in defense means that you don’t use the sights. You don’t even extend the gun away from you because you’d be handing your gun to your attacker. You hold your gun as close as you can, but far enough from your body that the cylinder can rotate, or the slide can reciprocate.

Rob- What would you do with your fellow employees?

Ben- Have a plan so every employee knows what to do if you’re attacked at work. This could be in a store, in an office, or at church. If you’ve listened to this podcast for a while, then you’ll think of things your co-workers won’t imagine.

Rob- Fourth story- Are you armed at home late at night?

You’re in the back bedroom of your home. You’re tired. It is nine at night and your eight months pregnant. Your husband and your 11 year old daughter are in the family room. You hear a crash, shouts, and screams. You get up and look down the hallway to see your husband on the floor. A masked man is beating him while another man has hold of your daughter and is kicking your husband. The attacker stops beating your husband and shoots at you.

You step back into the bedroom and grab the loaded rifle you keep there. You peak into the hallway and shoot one of the attackers as he comes toward you. Both attackers run away.

You check on your family and call EMTs.

Your husband is taken to the hospital with a fractured eye socket, a fractured sinus cavity, and a concussion. He required 20 stitches and three staples to close his wounds. Your daughter is unhurt.

Ben- This is really frightening because the bad guys grabbed the little girl. I am so glad this family was ready to defend themselves. They imagined that they could be attacked. They bought a defensive tool, in this case an AR-15. They learned how to use it, and it sounds like they practiced using it. Their doors were locked. Mom did a great job shooting down a hallway and not hitting her husband or daughter her. She didn’t chase the bad guys and got help on the way.

Rob- What are the advantages of handguns versus long guns for home defense?

Rob- Is there anything you’d like us to do if we were in this situation?

Ben- I wish mom and dad were carrying on their body. You might want to drop to a crouch so you’re shooting up toward the ceiling. You also want to practice moving from target to target with a rifle. A long gun blocks a lot of your view.

Rob- Where can people practice shifting from one target to another with a rifle? You can’t do that at most indoor ranges.

Ben- Talk to your local range about taking a class.

Rob- that wraps up this episode. Ben, thank you for helping us again. Where can we learn more about you?

Ben- Look for me at Modern Self Protection.com.  I live in San Antonio, and most of my classes are in central Texas. I teach armed self-defense and church security. Listeners can see my class schedule at my website, and they can also listen to my weekly podcast Modern Self-Protection.

Rob- After you look at Ben’s articles, then please leave us a message on the Self-Defense Gun Stories facebook page.

Rob- This podcast is part of the Self-defense radio network. Find more great shows, like Ben’s Modern Self Protection, at sdrn.us

I’m Rob Morse.  We’ll be back next week with more Self-Defense Gun Stories