Published on August 19, 2019  |  By Jeremy Hatfield
In Ammunition, Uncategorized 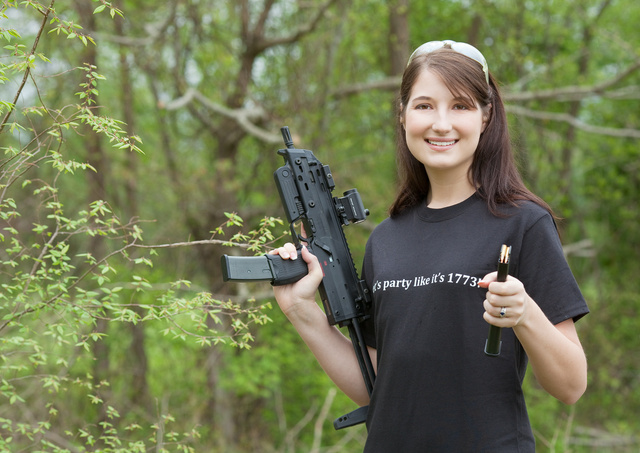 I understand gun ownership can sometimes be the source of tension in a relationship, but ladies, have you ever considered how these help your man understand you better?

I’m being completely serious. You know how, at the end of the day, after multiple readjustments of your brassiere, you ladies just can’t wait to get home and take it off?

This gun owning man understands your pain better than you might think. After a long day of wearing an extra 5-6 pounds, periodically readjusting my belt and pulling my pants up, tucking my undershirt back in, I come home, unholster the gun, and hit the release tabs on my carry belt buckle…

Then, there was the time I carried a Desert Eagle in a chest holster while fishing one summer. I saw all sorts of appreciative glances towards my upper torso, which, admittedly, made me a little self-conscious. After all, I was carrying the gun for practical purposes, not out of some exhibitionistic impulse.

And I thought to myself, “Ahhh, that’s what our significantly-endowed sisters must endure on a more regular basis.” Except, I have the benefit of switching holsters and being able to unstrap my hardware whenever, something that even those with “bolt-ons” can’t do.

And that segues perfectly with my last observation. Being a well-adjusted heterosexual man with the inherent hard-wired appreciation of the female form, I used to consider it something lamentable when a woman underwent reduction surgery. Still do, somewhat, but my experiences with that same heavy pistol in a chest holster–namely, having a mildly sore back after a day of fishing or hiking–made me more sympathetic to women who decide to lighten their load.

And to think, none of this insight would have been possible without guns! So, ladies, the next time your man contemplates buying a new gun, don’t think of it as getting a new toy. Think of it as his showing solidarity with some of your sex’s particular burdens.

I know, maybe not the most convincing of arguments, but I had to at least try to give it a shot.