Published on August 12, 2019  |  By Jeremy Hatfield
In Uncategorized 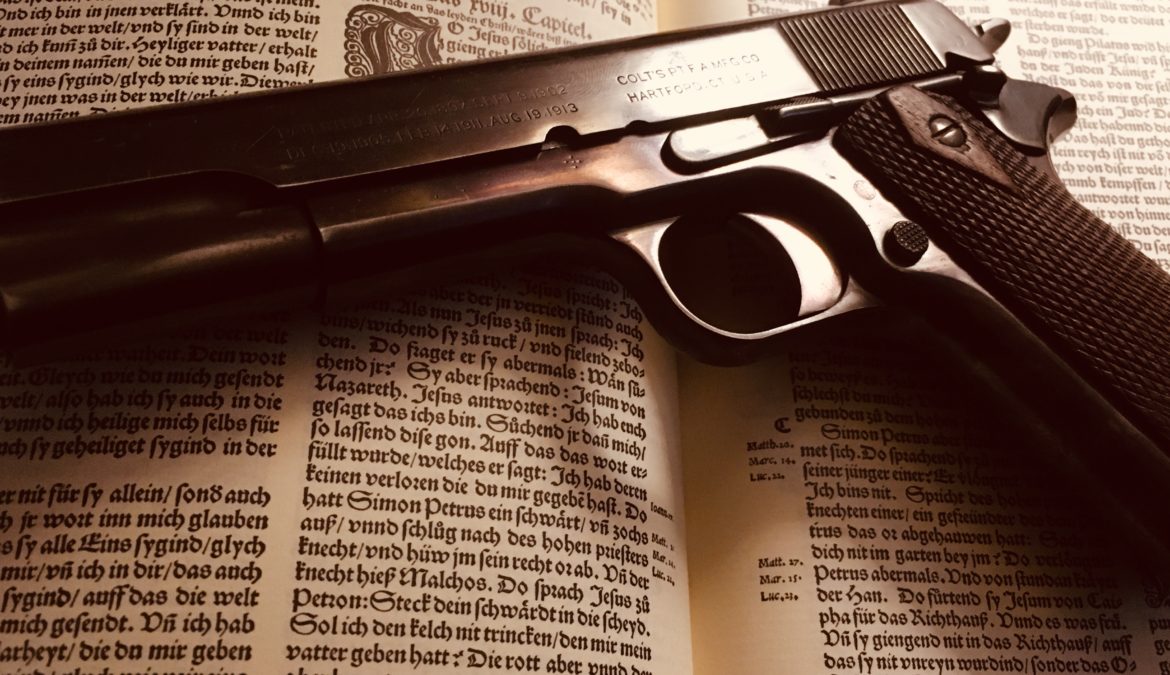 When I got my first handgun, 20 years ago this month, I was showing it off to a friend who also happened to be one of my pastors.

I remember him saying, in his thick Colombian accent, “It is sad that such things are needed, but it is good that someone like you has it.”

I would like to think I’ve justified his faith in me these past 20 years since owning that first gun. I’ve owned several more since then, fired thousands of rounds through them, but none at another person in anger. No threats, no assaults, no murders, no mass shootings.

I’ve done none of the things, and not because I’ve lived in states that have restrictive gun laws, neither. Most of my gun-owning life thus far has been as a resident of a state with some of the most liberal (in the true sense of the word, meaning “free”) gun laws in the country.

I’m not the only person who is like this. Last week, I got together with three others, who came from different states and backgrounds, but had one thing in common: an appreciation for the right to keep and bear arms. And we celebrated it by shooting weapons of different calibers (.38 all the way up to 6.5 Creedmoor), and from different eras (late 1800s, WW1, WW2, Cold War, present).

According to gun control theory, there should have been a mass shooting, or at least a suicide, because more guns=more deaths, or something. But nothing like that happened.

This is typical of gun culture. But that’s something that gun control types always seem to overlook in their never-ending pursuit for the next bloody shirt to wave. For every person who commits a “gun tragedy” (which, to me means something else, like a kB! or a squib that lodges a bullet halfway down your barrel), there are probably 400 gun owners who do no such things.

They never ask, “what is it that makes this 400 different from the one I am hyperfocusing on,” nor “How can I encourage people to exercise a civil right more like this 400 over here than this one bad actor over there?”

The answer is virtue. And it is the best gun control solution.

Virtue is what keeps you in line, oftentimes without laws or regulations, but it yields the very thing that gun control types long for with their endless calls for government interventionism.

Virtue is what enables me, and millions of others, to own AR-15s without the least desire to shoot up a church, school, mosque, movie theater, synagogue, or mall.

Virtue is what encourages me, and millions of others, to seek out training so that we will be more of an asset than a liability if/when we ever need to defend ourselves or others.

Virtue is what keeps me, and millions of others under control, when, while armed, someone does something that really pisses us off, and prevents us from using the gun as the first solution to the situation.

How do we cultivate it? I can’t speak for others, but for me, a lot of it has to do with keeping good company with people of excellent character, and establishing and maintaining a relationship with the Creator who endowed me with these rights.

And, as a certain contemporary of Jesus Christ said to an assembly of like-minded people in what now is central Turkey (then, it was known as Galatia), “Against these things there is no law.” No law can create virtue, no law can govern it. It’s something you have to seek out for yourself.

And then you can be living proof of what is such a mystery to those who think government is the answer to everything.