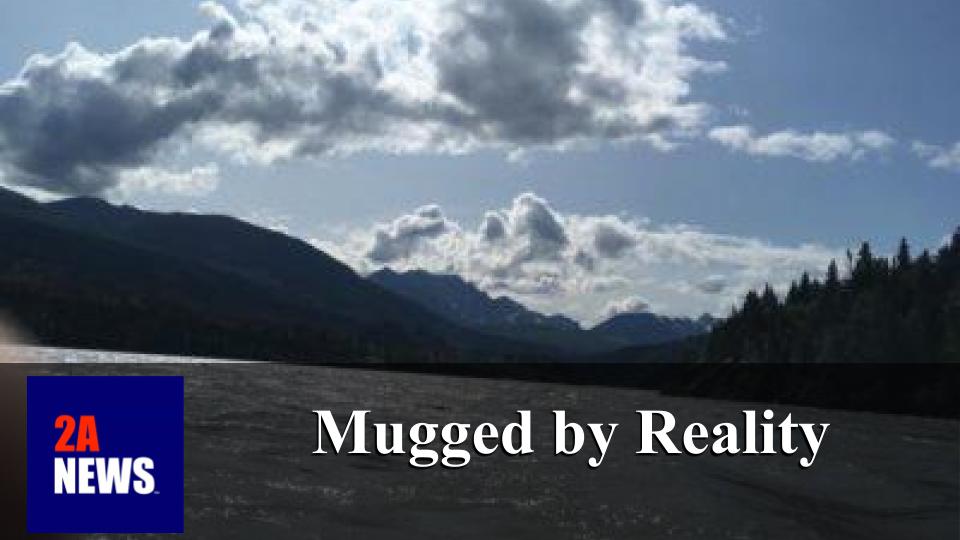 There’s nothing like reality giving you a little kick in the pants to show you just how unprepared you are for a crisis.

I spent the last three days in Alaska’s Copper River basin, dipnetting for red salmon. In preparation for the trip, I packed what I thought I’d needed for about everything I was likely to come across.

Cold Weather? A change of warmer clothes. Even had a winter work jacket.

Wet Weather? Raingear was packed. Plus, I’d need it for cleaning fish.

Other incidentals? Leatherman for whatever tasks might need a tool (came in handy for shortening a fallen branch for a kill-stick to beat netted salmon with), books for when I’m not fishing (finished up Azad Cudi’s Long Shot and about to finish Massad Ayoob’s In the Gravest Extreme), a jump pack for starting somebody’s boat, ATV, or car engine (and to keep my phone charged after listening to podcasts while fishing). First aid stuff for minor injuries (wound up treating somebody else’s knife cut and another person’s bug bite).

I was pretty sure I had most of my bases covered.

Then, what was supposed to be a routine boat trip up to a more favorable fishing spot turned into an emergency that could have wound up as a survival situation.

One of our kids didn’t raise the boat motor enough, and banged the prop against a rock as we were backing out of the creek we were launching from. We noticed the irregularity in its performance, and our boat mechanic took it back ashore to replace the prop after dropping us all off at our fishing spots.

When he collected me and another one of our crew up after a few hours of fishing, he gunned the engine to drive the boat against the fast-moving river. And, we had a breakdown.

The engine seemed to respond fine, but we had no propulsion. Breakdown in the transmission? There was no time to really diagnose the problem, because we had less than a half mile to try to get our boat ashore before it would get swept into the next series of canyons, and with no cell phone network, no walkie-talkies, and a dearth of roads to get back to our campsite upriver, there was no telling how we would get out. Next stop could very well be the Pacific Ocean.

So, I and my other crewmate grabbed oars and paddled like mad to get us ashore before we passed Haley Creek, while our mechanic tried (in vain) to get at least some locomotive power out of our prop.

Because you’re reading this, you may safely assume we made it to shore before that happened.

Once ashore, I helped the mechanic re-orient the boat so he could have a better look at the engine, while our crewmate ran up to O’Brien Creek road to try to recruit some help.

Our mechanic determined that, in replacing the prop, he hadn’t ratcheted down the castle nut properly, and it caused the teeth to disengage, though, thankfully, it wasn’t loose enough for the prop to have fallen off altogether.

As I was helping him, in the back of my mind, I was taking stock of what I had, in case we were stranded, and wound up having to stay the night where we were. I had the clothes on my back and my EDC gear–trauma kit, first aid, books, gun, ammo, phone (useless), jump pack, and a half-empty bottle of soda.

No matches, no food (except for the barrel of fish we collected, but no fire to cook them with), and no clean water.

Fortunately, all that was needed was for the castle nut to be tightened down properly. It ran just fine for the rest of the trip.

But, it showed me what I needed to have in my kit for a more serious situation. I’m determined not to get caught short like that again.

It was this sort of uncomfortably close proximity to this mugger called reality that drove me into gun ownership in the first place.

In a couple of weeks, I will be celebrating a full 20 years of being a gun owner, and will go into greater detail in a video for Season 6 of Here’s What’s Missing, but here’s the extremely condensed version of it:

I never owned guns until I was in my late 20s. I wasn’t afraid of them, in fact, I had the usual male appreciation of them, it’s just that I associated gun ownership with uneducated hicks, and I didn’t want to be associated with those neanderthals.

I worked in the tech industry in South Florida in the late ’90s, and regularly heard the rumors about Y2K. Knowing how crazy SoFlo can be when there is merely the threat of a hurricane, I figured it would be much worse if something a lot more serious happened. So, I stocked up on supplies, and a gun to protect them.

Y2K came and went, but I held onto the survival supplies, because hurricanes would still come)–and the gun because I had acquired a survival tool and was working on a skill set that may very well be needed someday.

Necessity caused me to change my mind about gun ownership. And I’ve been learning more about it ever since.

And, it seems to have driven this politician to a change of heart as well:

“After another violent weekend that saw eight people killed (in a suburb of Chicago) and at least 32 others wounded, one lawmaker is taking action by encouraging his constituents to arm themselves.

“Bullets from a shooting that left a 22-year-old dead in the Austin Neighborhood on the West Side Sunday also found State Rep. La Shawn Ford’s (D-Chicago) car. …

Seems that gun control’s own version of “thoughts and prayers”–thinking that prohibitionism is the only solution to “gun violence,” and hoping that it will work this time–isn’t enough for even this Democrat. Practical solutions to immediate threats are needed.