Published on April 15, 2019  |  By Paul Lathrop
In Illegal Immigration, Uncategorized 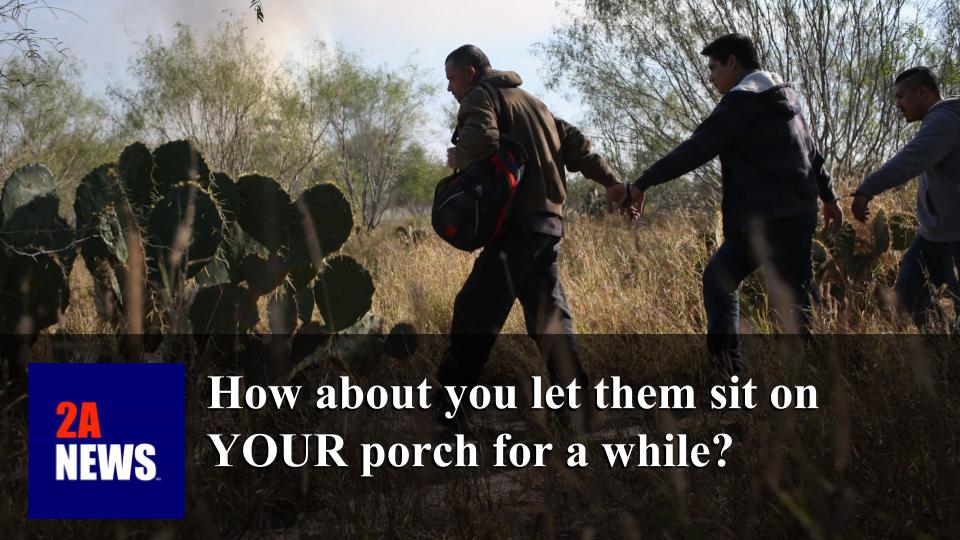 This applies to every level of government and I am proud to see that my viewpoint is finally being brought to the oval office.

Let’s start a few months ago. The white house issued a policy that all persons seeking asylum in the US at the southern border would be required to stay in Mexico while their case sorted its way through the legal system. This can take 180 days or more, and 78 percent of those who sought asylum in the fiscal year 2016 were denied.

Prior to the change in policy, an illegal immigrant would either jump the fence and if caught would try to claim asylum and then get released awaiting court proceedings or come straight to a border checkpoint and ask for asylum with the same thing happening.  After being released into the US, they quickly disappear in our free society and unless they break the law are never heard from again.

So now The White House says that if you want asylum, you must wait in Mexico while you go through the process and, as seems to be all too common recently, a federal judge says “Nope, you can’t do that” and about a week ago placed a stay on the policy.

This, of course, is greeted by cheering from the Open Borders Left.

So let me take a sidestep here. Let’s look at what you or I would do on a personal level. You own your own home, what would you do if strangers came to sit on your porch? Usually, these strangers are okay, but every once in a great while there is trouble, and sometimes real damage occurs.

You try to stop them, especially the troublemakers. Now, you have a REALLY nosy neighbor who thinks that the strangers are just fine and you should keep letting them on your porch.  Were that me, and no law enforcement to settle the dispute (after all we are drawing a parallel to individual and government reactions and all LE is part of a government of some variety or another) I would show the strangers my nosy neighbors house and let them know that THAT particular neighbor not only wants them there but that they have a personal policy that no matter what damages happen that they won’t kick strangers out.

This is EXACTLY what president Trump is doing now. Several individual cities and some states have declared themselves “sanctuary” jurisdictions for illegal immigration. These governments have fought Trump every step of the way in trying to stem the tide of illegal immigration. Today (April 15th) President Trump tweeted that the policy that had been hinted at for about a week would indeed come to fruition. All illegal aliens seeking asylum who could not be detained would be given to sanctuary cities and states.

Now let’s be realistic. Once released into these “sanctuary” jurisdictions, illegals will likely disappear and there is nothing keeping them there. However, this is an EPIC win for the President. He is in a very real sense saying, “If you like the troublemakers so much, let them sit on YOUR porch for a while”!