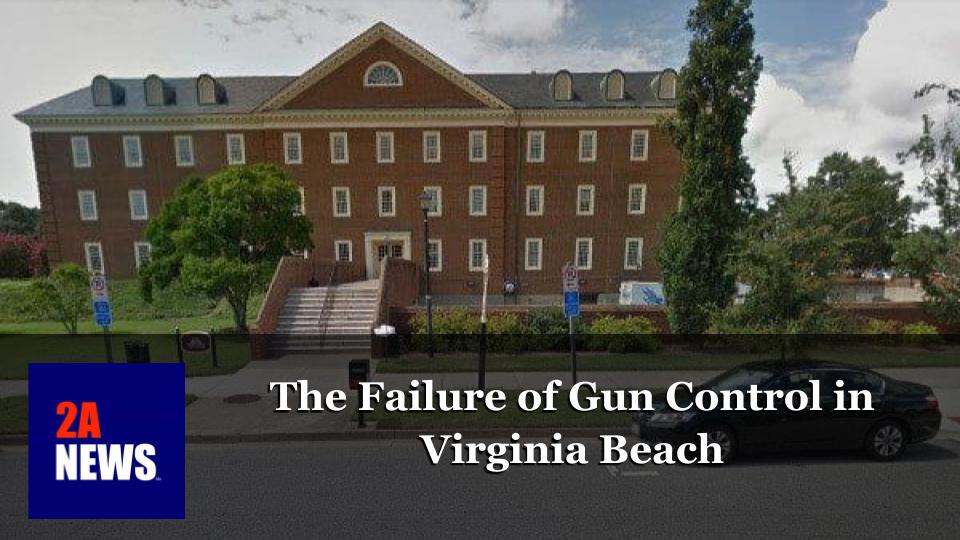 Gun-control failed again in Virginia Beach, and it failed big. A disgruntled city employee quit his job and then came back to kill 11 of his coworkers. The news media and gun-prohibitionists called for more more gun-control while ignoring all the failed gun-control regulations that were in place. These gun-prohibitions didn’t keep us safe in Virginia Beach. Why would new laws work any better?
The 23 thousand firearms regulations we already have in place failed us. They did not stop this murderer and they will not stop the next one. Democrat politicians proposed more of the same ideas that failed so badly in Virginia Beach. That passes for leadership among the advocates of gun control.
Stop voting for failure.