Published on June 22, 2019  |  By DeputyMatt
In Law Enforcement & Crime Prevention 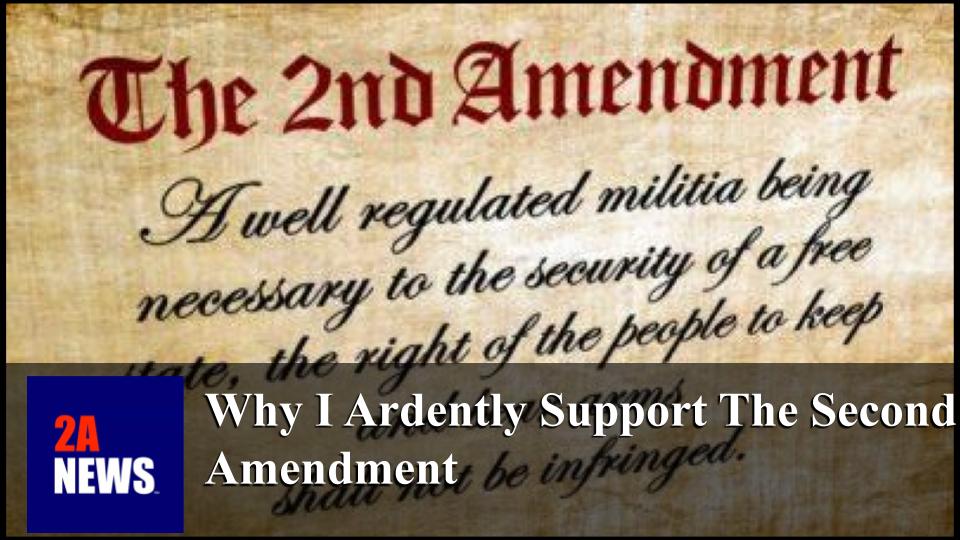 Often at times like this, just after a cop has just been callously murdered by some dirtbag with a gun, people ask me how it is that I, as a brother in blue, can be such a strong advocate of the second amendment.

I have recently been in the very shoes that many Sacramento PD officers now find themselves, again:  a coworker murdered by a criminal with a gun.

In fact, I have sadly been in those shoes multiple times in recent years, so I understand how emotional a time like this is. My heart breaks for my brothers and sisters at Sac PD, and for all those who mourn the loss of Officer Tara O’Sullivan.

It is at times like this that liberal politicians, leftist organizations and anti-gun groups will point to the incident and try to use images of grieving law enforcement officers as props in their attack on the rights of American’s, and try to justify that attack on rights under the guise of trying to protect cops.

Well, here is why I will always support the second amendment.

I look at the worthless excuse for a human who killed Sacramento Police Officer Tara O’Sullivan and I know that long before he fired the first shot at her and the other cops on scene, he violated many laws. He was, or should have been based on his misdemeanor domestic violence conviction, a prohibited person who could not legally own, let alone posses a firearm. Just from the photos provided by Sac PD in their press release, it is plainly visible that two of the firearms he used are illegal in California for anyone to have, let alone someone who cannot legally posses a gun at all. He had a long history of violent, criminal behavior, but here he was, out on the streets continuing that violent behavior. It was his violent behavior that prompted his girlfriend to call the cops for help that day.

As cops, all cops, even the few who do support gun control, we all know the following to be true: Criminals do not obey the law.

Any criminal intent on getting a gun can and will get a gun, and any gun they want for that matter, if they want it bad enough.

Gun control laws do absolutely NOTHING to prevent criminals from getting guns, because criminals do not get guns through legal means.

During my 22 year career, I encountered exactly two (2) people who had legally purchased gun and later used that gun to commit a crime.  One of those two people purchased his gun specifically to commit his crime.  He paid for it, waited the mandatory 10 day “cooling off” period, picked up his gun and drove straight to the crime scene where he shot his wife and then killed himself.

That criminals obtain their guns through illegal means is not just my opinion based on 22 years of anecdotal evidence though. There are actually several studies confirming this as fact.

The same anti-gun liberals who “never let a good crisis go to waste” (Rahm Emanuel, anti-gun liberal politician) jump on these heart wrenching scenes and try to capture that emotion to push their anti-gun agenda. Very few things motivate people like raw emotion, and they know it, and they use that.

Those same politicians that want to outlaw firearms are the same people who are responsible for the suspect who killed Officer O’Sullivan, and thousands of others like him, for being on the streets. They have been constantly decriminalizing serious crimes, including some violent felonies, both through laws they pass on their own and others they put up to the voters disguised as such lies as “Safe schools and neighborhoods act.” They write bill after bill to give convicts more rights, to release them early from prisons, to completely forgive their criminal behavior, to allow them to serve on criminal juries, while they simultaneous write bills to take guns away from law abiding citizens who have done absolutely nothing wrong.

The anti-gun politicians are nothing but unscrupulous snake oil salemen who spread lies and count on people’s raw emotions to get what they want.  To hell with them!

You see, we, the cops, want to do everything we can to protect the innocent. We wish we could be there exactly when someone needs us the most, to protect them from the criminals, especially the criminals with guns. But the fact of the matter is, that is physically impossible. This is not Minority Report. We do not know when and where bad things are going to happen, and there are only so many of us working and any given time. I explored this topic in depth many years ago, and still stand by every single word I wrote.

When seconds count, the cops are only minutes away.

Taking guns away from law abiding citizens only hurts them, and ironically just serves to make the criminals “job” safer.

Law abiding citizens use guns, most times without ever firing a shot, nearly 2 MILLION times a year to defend themselves and others. That is hundreds of times more defensive uses than people who are killed by criminals with guns. Ask yourself, whose side are you on, the victim’s or the criminal’s?

Any and all legislation should be driven by logical thought and analysis of its potential effectiveness, never emotion.

To those who want to do something to stop all this “gun violence,” stop focusing on the tool used. Instead focus on the perpetrator. You might be surprised to find nearly every single one has a long criminal history. Instead of trying to eliminate a tool that any skilled machinist can build in their garage, how about we start eliminating (removing from the streets) the worthless criminals who plague our society.

Like all my brothers and sisters in blue, I grieve over the senseless, tragic loss of Officer Tara O’Sullivan, but I will not permit others to use my emotions to manipulate me.

Today, and every day, I ardently support the second amendment, because I am not a moron!
-Matt