Published on October 10, 2017  |  By 2ANews.us
In Illegal Immigration, National Security 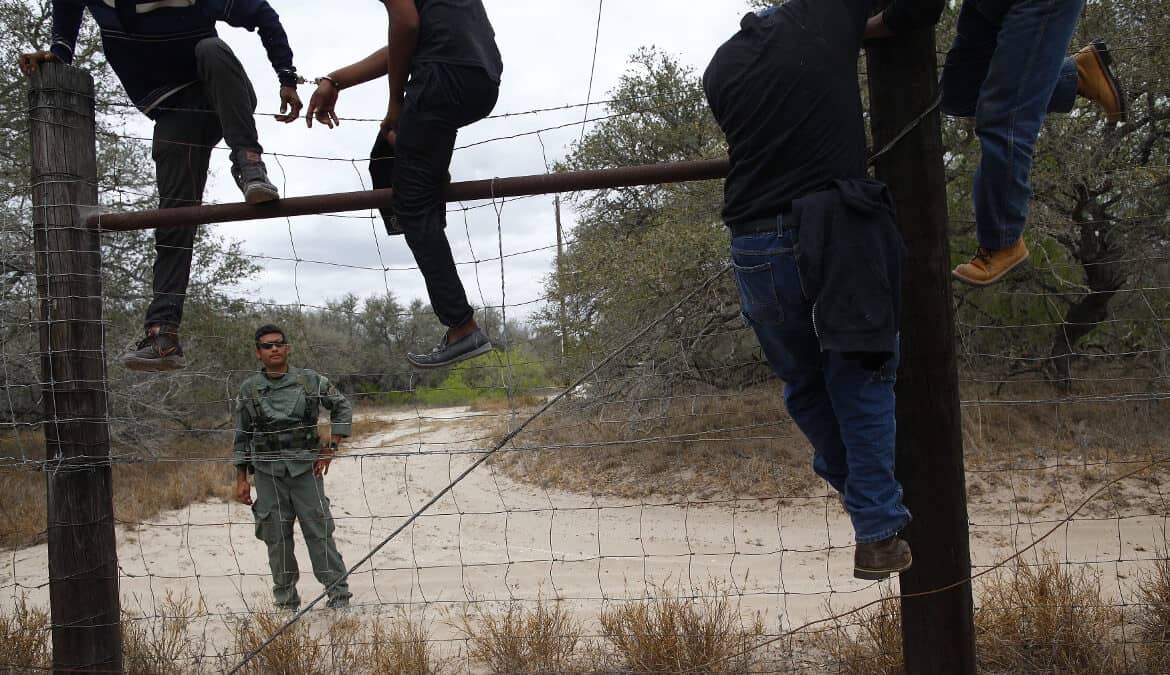 Illegal immigrants are taken into custody by the U.S. Border Patrol near Falfurrias, Texas. (Image: Reuters)

President Trump unveiled a new immigration enforcement plan on Sunday, focusing on removing incentives for illegal immigration. The plan represents the most significant overhaul of the U.S. immigration system in more than 50 years.

“These loopholes in current law create a dramatic pull factor for additional illegal immigration and in recent years, there has been a significant increase in the apprehensions of UACs at our southern border.” – White House statement

In a statement accompanying the plan, the administration said, “These loopholes in current law create a dramatic pull factor for additional illegal immigration and in recent years, there has been a significant increase in the apprehensions of UACs at our southern border.”

According to the administration, approximately 40 percent of all illegal immigrants are people who entered the U.S. on a legitimate non-immigrant visa but failed to return to their home country when their visa expired. After a review of its Fiscal Year 2016 Entry/Exit report, the Department of Homeland Security determined that some 600k individuals entering the U.S. under a temporary visa failed to subsequently return home when their visa expired.

The Trump administration’s plan asks Congress to make overstaying a visa a misdemeanor offense, and to deny immigration benefits to anyone overstaying their visa.

While not the largest contributor of illegal immigration, illegal immigrants often raise claims under U.S. asylum laws in order to remain inside the U.S. Many times, asylum claims are frivolously raised solely for the purposes of delaying or avoiding deportation. Such claims can often take years to investigate, resulting in enormous costs and a drain on federal immigration resources. The White House plan seeks to “elevate the threshold standard of proof in credible fear interviews” and impose penalties on applicants who file “frivolous, baseless, or fraudulent asylum applications.”

Unaccompanied minors from countries other than Canada and Mexico are currently processed federal immigration judges, and then delivered to the Department of Health and Human Service’s Office of Refugee Resettlement. That agency then places the minor with a sponsor inside the U.S., often for years, until their case is heard by an immigration judge. In many cases, the sponsor themselves are persons in the U.S. illegally, awaiting their own immigration hearing. Nearly a third are subsequently “lost” within the system, never appearing at their later hearing. The policy of placing undocumented minors with sponsors within the U.S. thus encourages foreign families to send their children into the U.S. unaccompanied by an adult, knowing that they will be placed with a sponsor and permitted to remain within the country.