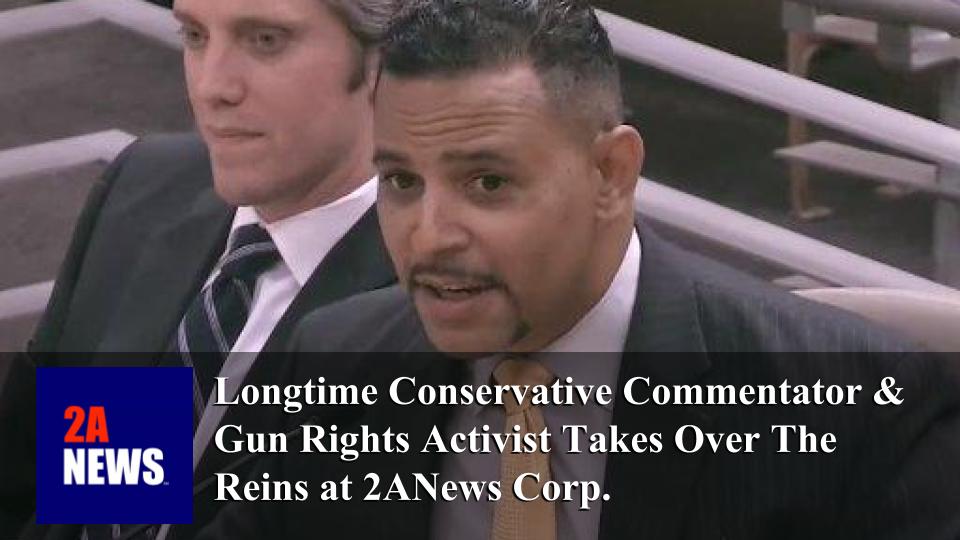 SACRAMENTO, CA – He describes himself at a carrying member of the “Vast Right Wing Conspiracy”. But Craig DeLuz plans to prove he’s no ordinary conservative as he begins his tenure the President & C.E.O. for Second Amendment News Corporation (2ANews).

“You could say I’m a gun toting, urban, Black, conservative who loves America and will fight for the values that made this the greatest country on God’s Green Earth,” DeLuz exclaimed. “My goal with 2ANews is to see that liberty minded Americans get news and commentary that will inform and inspire them to find their place in the fight for our freedoms.”

2ANews was founded on Veterans Day 2016, with the mission to support the principles embodied within the U.S. Constitution through responsible civic journalism. While particularly focused on second amendment and gun right issues, 2ANews reports on all issues impacting those freedoms enumerated within the United States constitution or its laws. Craig remains committed to this mission.

Craig (who himself will also be a content contributor) is a long-time political activist and conservative Commentator. For the last six years he served as the Director of Legislative and Public Affairs for the Firearms Policy Coalition. In that capacity he was as the face of the Nation’s fastest growing gun rights advocacy group, and continues to host their daily program on Second Amendment issues, “Morning Coffee with Craig”.

Craig has served as the CEO for the Frederick Douglass Foundation of California, Chairman of the California Black Republican Council, Editor for Red County –  Sacramento, a featured commentator with the American Urban Radio Network, and for 15 years has served as President of the Robla School Board in the City of Sacramento, California.