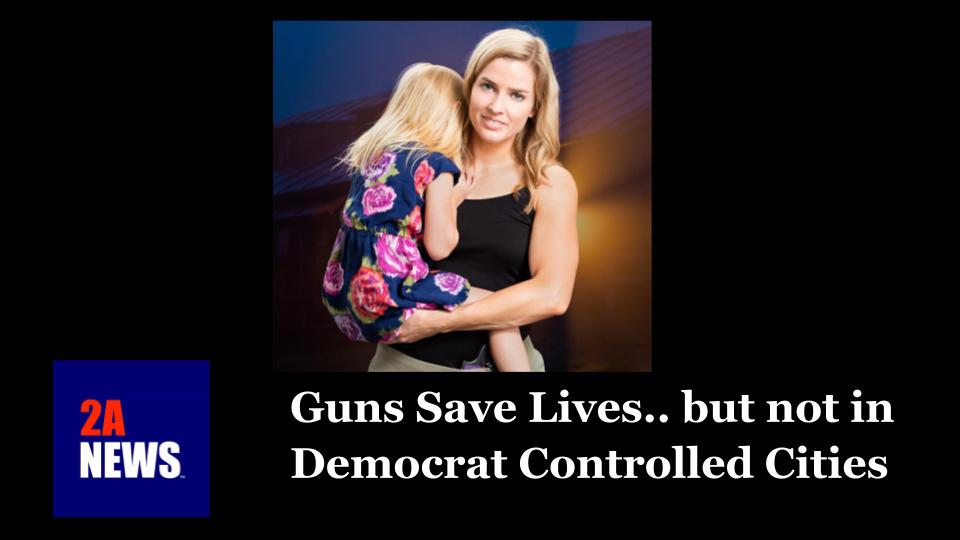 Democrats were shouting about gun control a few weeks ago. Their confiscation crusade crashed when Donald Trump started investigating the corrupt dealings of Vice President Joe Biden and his son in Ukraine. The news may have moved on, but all that breathless news coverage reminded me how glad I am that we can carry concealed. I know people who were the victims of violent crime. With all the media coverage of gun-control, why doesn’t the news media report on the victims who defend themselves?

My wife has been threatened. My daughter is a fit young woman, but men are stronger than women 9 out of 10 times. I have friends who were stalked, abused, raped and battered, so self-defense comes with faces, with names and with dates. My heart goes out to my friends who were hurt, and I’m glad they can carry a concealed firearm to protect themselves and their family. I’m an average guy, so if I know women who were victimized, then you probably know them also.

Why didn’t we hear their stories during the important gun-control debate that would have left these victims disarmed? When the news media bothers to answer that question, the media says they don’t want to cover examples of self-defense since it might lead to copycat defenders. That answer is unbelievable given how the media showers mass murderers with billions of dollars of publicity.. and so creates the next copycat mass murderer.** That answer is unconscionable since defenders save lives rather than initiating an assault.

The facts say guns save lives. Sadly, most deaths with a firearm are suicides, not homicides.* What the media doesn’t tell us is that gun-control hasn’t reduced the rate of suicide at all. That is true in the US, and it is true around the world. Gun-control laws don’t change the pain of the human condition, but gun-control does disarm innocent victims.

There is more to that story. In the United States, about 11 thousand of us were murdered with a gun in 2018. That data was recently released by the FBI. The great news is that violent crime continues to decrease. That is good news for some of us, but not for all of us. Over half of the murders in the US are concentrated in 2 percent of our counties. As you’d expect, those murders are committed by about 2000 violent gang members concentrated in a few of our deep-blue cities.

Those murder statistics include the 28 students and teachers who were killed at a school last year in mass murders. More people were killed with hands and feet than were killed with rifles of any kind. We also had over a million incidents of self-defense last year, but those examples were pushed out of the news-cycle by the rare-but-tragic stories of mass murder. Why would the media downplay such an important event as a person saving their family and so preventing a mass murder?

I don’t have proof, but I think I have a clue. I think the media ignores armed defense stories because the media doesn’t want to spotlight the violence in our failed Democrat cities. It is easier to blame the gun than blame the failed politicians. The news doesn’t want us to know that we are over a hundred times more likely to use a gun in self-defense than to be murdered by a criminal with a gun. Self-defense could make our cities safe again.. if the media would tell the truth.

It sure would upset a lot of politicians
if a single mom living in the inner city
could again feel safe in her home
and feel safe on the street.

The truth is that guns save hundreds of thousands of lives every year. Unfortunately, rather than making that single-mom safer, most gun control laws put that single-mom at greater risk. That simple fact would come as a surprise to most newspaper readers, and sadly, to most voters.

Politics and media-distortion of self-defense are getting us killed.

The good news is that violent crime is rare, and becoming less common each year. I already gave you statistics from the US Center for Disease Control and the FBI, but I have other evidence as well. For reasons I don’t fully understand, many of the self-defense instructors I’ve met had students who defended themselves. That means that self-defense is relatively common even though the news doesn’t cover it. Based on my experience and the experience of my friends, I have to agree that guns save lives, and disarming the victims will give is more victims, rather than fewer.