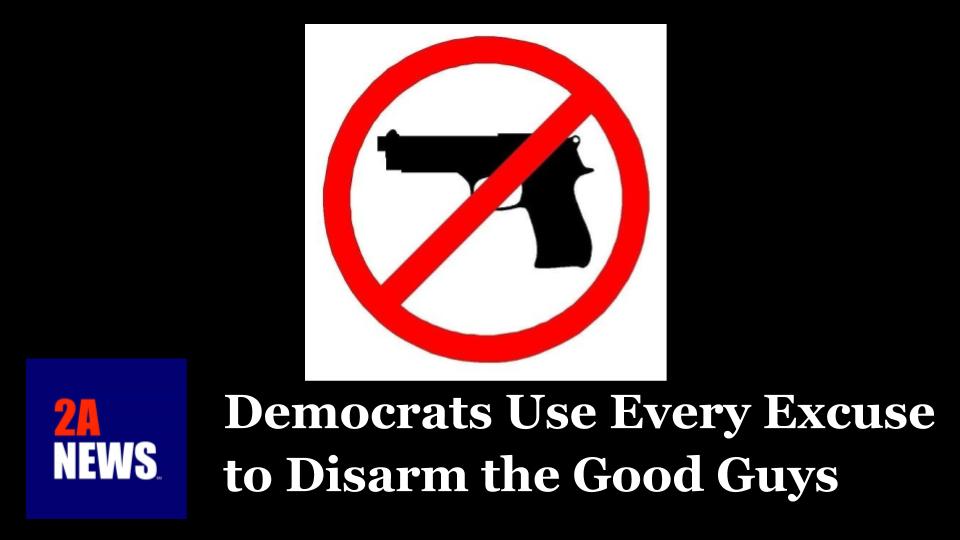 Here are a few of the failures they want us to ignore.

-Two students attacked the Columbine High School in 1999. The two murderers first attacked the uniformed school security guard and drove him off campus. Al Gore ran for president in 2000 and said we should have a gun-free zone around every school, church, mosque and synagogue. Vice President Gore pressed on with gun-control talking points despite the proven failure of gun-free zones to stop violent murderers. The Gun-Free Schools Act of 1994 was sponsored by Democrats.

-Virginia Tech was attacked in 2007. VT vice president Larry Hincker said, “Guns don’t belong in classrooms. They never will. Virginia Tech has a very sound policy preventing same.” Suzanna Hupp disagreed. She said that licensed students and staff should be allowed to go armed on campus just as they are allowed to be armed off campus. Suzanna Hupp should know. A few years earlier, Hupp’s parents were murdered in a “gun-free” zone. Hupp barely escaped that attack with her life.

-The Fort Hood military base was attacked by a muslim terrorist in 2009. Only contract security guards were amed on that part of the base. 13 military members and their families were murdered and an addition 30 people were shot and injured before police shot the murderer. The Clinton administration turned US military bases into so called gun-free zones.

-Sandy Hook Elementary School was attacked in 2012. The murderer drove past another school but did not attack it because a school resource officer was parked in front of the office. In the Senate bill to make schools safer, Senate Republicans called for greater funding for mental health services. Senate Democrats blocked that provision. Senator Dianne Feinstein sponsored a bill to stop citizens from owning the guns that police use to protect our schools, including handguns.

-A crazy man attacked the Cinemark Aurora Theater in 2012. The murderer drove past six other theaters where moviegoers could carry guns as they watched a movie. Instead of attacking there, the murderer attacked the Cinemark theater where his victims were disarmed by a plastic sign. The murderer parked his car at the rear exit to the theater. After the movie started, the murderer walked out the back door and got his guns. A rubber doorstop was all he needed to defeat this “gun-free” zone. The murderer was seeing a psychiatrist. The doctor didn’t report him as prohibited from owning guns due to his psychotic mental illness. A Colorado state senator proposed magazine capacity restrictions, and said this attack was so deadly because the murderer had so many bullets. The murder used a manually operated shotgun designed in the 1950s.

-A psychotic young man attacked the Washington Navy Yard in 2013. The attacker worked as a defense contractor, he had a security clearance, and he heard voices that weren’t there. He used a manually operated shotgun to kill 13 disarmed victims. A turf war between the DC Police and the Capital Police delayed the response. The murderer was shot by an armed police officer using a handgun an hour after the started the attack. Supervisors and co-workers reported that the murderer was crazy. Years later, the building did not have physical security to prevent unauthorized entry. President Obama signed legislation for a memorial at the murder site.

-Two muslim terrorists attacked the San Bernardino Inland Regional Center in 2015. One of the terrorists worked for the county. He and his wife murdered his co-workers at a holiday christmas party. They murdered 16 people and would have murdered more but the bombs they planted did not explode. The government building was a gun-free zone so the innocent victims were disarmed. President Obama called for more gun laws and tighter background checks.. while keeping the border with Mexico open.

-A muslim terrorists attacked a gay nightclub in Orlando in 2016. The murderer had previously passed state and federal background checks in order to work as a security guard. The murderer also passed his FBI background checks each time he bought a firearm. In one case, a local gun store employee refused to sell the murderer a firearm. The store employee also called the FBI because the murderer acted so strangely. The Pulse Nightclub was guarded by two off-duty police officers. The attacker shot his way past these armed security guards. Once inside, he murdered 50 people and wounded 53 more. It took law enforcement over three hours to enter the building and stop the murderer. After the attack, Democrat Senator Chris Murphy from Connecticut called for tighter background checks and stricter gun-control. We have 23 thousand firearms regulations on the books today.

-A former student walked into Marjory Stoneman Douglas High School and killed 17 students and staff. The murderer also wounded 17 others. The murderer was never engaged by law enforcement during the attack even though an armed school resource officer stood outside. Teachers and staff were disarmed as a matter of policy. The murderer had a troubled past and had been reported to law enforcement officers and the FBI about 50 times. One incident included the murderer pointing a shotgun at his mother and his brother. Social service agencies did not intervene and did not force a mental evaluation of the murderer. 19 states allow school boards to arm selected volunteer school staff. A Florida State Commission looked at the attack and suggested that trained and vetted volunteer school staff should be armed. The Broward County School Board which governs MSD High School said school staff should never be armed on campus.

-A murderer shot a security guard and entered the Borderline Bar and Grill in Thousand Oaks, California in 2018. California is rated as the strictest state in the union for its gun control laws. There were six law enforcement officers in the bar when the attack started. Because of California law and department policy, these law enforcement officers were all unarmed. During the attack, the murderer used a handgun that he had purchased legally. California issues few concealed carry permits and there were no armed patrons in the bar to stop the attack. The murder killed 11 people and wounded 10 others before he shot himself. After the attack, California politicians called for more gun-control.

-A man entered the Tree of Life Synagogue in Pittsburg and killed 11 people in 2018. He also wounded 6 more innocent victims. This attack occurred a year after the attack on the Southerland Springs Baptist church in Texas. At the request of the governing board, the Synagogue was declared a gun-free zone and members were asked to leave their legally owned firearms at home. The attacker at the Pittsburg synagogue hated immigrants and jews. The FBI contacted regional church conferences and told them that churches might be the target of hate groups. In response, the mayor of Pittsburg outlawed semi-automatic firearms within the city.

-A 17 year old student walked into the Santa Fe High School in Texas in 2018. The murderer killed ten and wounded an additional 13 people. The school staff were disarmed except for the armed school resource officer. The attack lasted four minutes until the school resource officer shot the attacker. 19 states allow vetted and trained volunteer school staff to go armed on campus. After the attack, Democrat presidential candidate Beto O’Rourke called for an assault weapons ban even though the murderer used a manually operated shotgun and a revolver styled after the guns of the 1930s.

States that allow some armed school staff on campus-In May of 2019, a disgruntled employee returned to work at the Virginia Beach Municipal Building and shot his co-workers. Several of his co-workers complained about the murderer and were afraid of him. The building was a gun-free zone so honest employees were disarmed. The police station was less than a hundred yards away. The murderer killed 12 people and wounded another four before police were able to break down the doors and enter the building. Member of the Virginia Beach City Council proposed an ordinance to make all city offices into gun-free zones.

I can present more examples, but the painful pattern of failure is already too clear.

Gun-control politicians want us disarmed in public. They also evade responsibility for our safety once we’re disarmed.

Mass murder is not a long-term career plan, so background checks don’t detect and disarm the murderers. The police only respond after an attack is reported. That gives the murderers several minutes to kill unopposed.

Gun-control will fail every time until we change what we’re doing. The uncomfortable fact is that we’re vulnerable. Ignoring our vulnerability gets us killed.

More of us will die until we stop pretending
that disarming the good guys
will somehow stop the bad guys.

We will be at the scene of the crime before police are called. No one else will be there to safe us. Our safety, our family’s safety, and our neighbors’ safety depend on us. We are the first-responders. It is our responsibility to stop evil for the few minutes until help arrives.

Gun-control won’t save the people we love. Will you be a defender or a victim?
~_~_

The original article, with references, is here.